We see repetition examples everywhere — in books, movies, music, and even commercials.

Advertisers use repetition to craft catchy slogans that entice us to buy. Musicians use it to create songs that get stuck in our heads. Politicians use it to persuade nations.

How can you use repetition to spice up your writing and make it memorable?

I’ll show you how.

But first, we need to start with the basics. So let’s define repetition then jump into some examples. 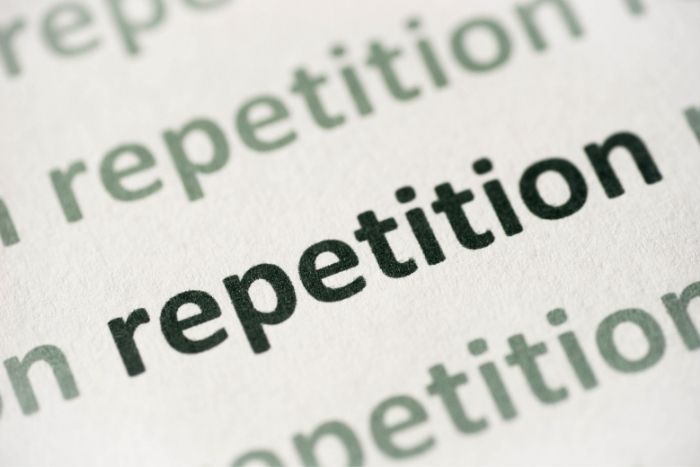 Repetition is a literary device where words or phrases repeat for emphasis.

There are several types of repetition. For instance, alliteration is the repetition of consonant sounds.

You might remember this consonance example from your childhood:

“Sally sells seashells by the seashore.”

But repetition is used for more than just childhood tongue twisters. If used correctly, it’ll strengthen your writing by:

But I should issue a warning.

There’s a fine line between repetition and redundancy.

For example, take the following paragraph:

“Raced” is repeated, but it doesn’t strengthen the sentences. Instead, it sounds like the author couldn’t think of better word choices.

What follows, then, is too many filler words that confuse the reader and lose their attention.

Now compare that redundant paragraph to this repetition example:

It was the best of times,

it was the worst of times,

it was the age of wisdom,

it was the age of foolishness,

Do you see how compelling that is?

It’s the opening to Charles Dickens’ novel, A Tale of Two Cities.

Dickens’ repetition draws his readers in and encourages them to keep turning the page.

Can it do the same for you and your audience?

Let’s show you how to replicate this with more examples.

10 Types of Repetition with Examples

Repetition is an umbrella literary device that includes more specific types of stylistic tools, like alliteration, epistrophe, diacope, and others.

And here’s a hint:

Each type of repetition serves a unique purpose. The one you choose depends on what you’re trying to convey.

So let’s talk about that next.

Anaphora is the repetition of words at the beginning of successive clauses.

It’s common in music, poems, and children’s books that have a rhyming element.

For example, Nico and Vinz’s song “Am I Wrong?” features this anaphora:

So am I wrong for thinking that we could be something for real?

Now am I wrong for trying to reach the things that I can’t see?

Listen to how catchy this line sounds below: 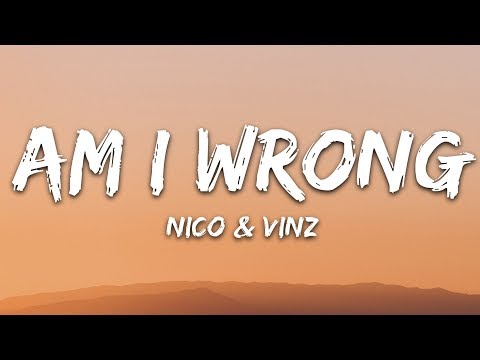 Anaphora can also be used in speeches to motivate people. Dr. Martin Luther King’s ‘I Have a Dream’ speech included this repetition example:

Let freedom ring from every hill and molehill of Mississippi.

See what I mean?

Repetition not only emphasized Dr. King’s point, but it made it more memorable and quotable.

Epizeuxis is the repetition of a word or phrase in immediate succession.

Winston Churchill used epizeuxis in his address to Harrow School:

How’s that for a commencement speech?

Churchill was known for his inspiring speeches that were packed full of powerful words and rhetorical devices.

But while repetition examples are common in speeches, they don’t stop there. Writers have used repetition for ages.

And my poor fool is hanged! No, no, no life!

Why should a dog, a horse, a rat have life,

And thou no breath at all? Thou’lt come no more,

In the scene above, King Lear is grieving the death of his daughter. The use of epizeuxis is a perfect choice for this scene because it strengthens the emotion.

Many writers and speakers use epistrophe to drive home their points.

Abraham Lincoln achieved this in his “Gettysburg Address”:

Many musicians also love using frequent repetition to add a regular rhythm to their songs and make them catchy.

We see it in Beyonce’s “Single Ladies” song:

Don’t be mad once you see that he want it

A negative-positive restatement states an idea twice, first in negative terms and then in positive terms. These are typically “not this, but that” statements.

Another famous negative-positive restatement comes from Martin Luther King. He said, “Freedom is not given; it is won.”

Diacope is the repetition of a single word or phrase, separated by intervening words. It comes from the Greek word thiakhop, which means “cutting in two.”

(If it helps, think of diacope as “spaced repetition”)

My favorite example comes from Michael Jordan. He said:

Jordan first said this in a Nike ad. You can watch this short commercial below. I promise you won’t be disappointed: 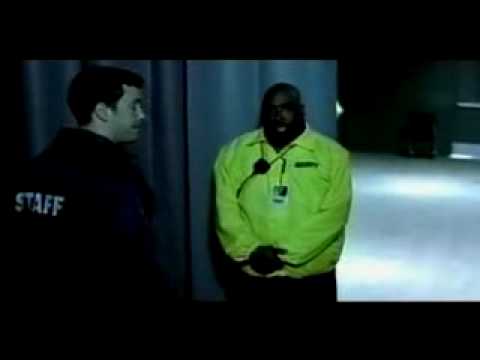 Speaking of commercials, Maybelline uses a diacope in their tagline when they say, “Maybe she’s born with it; maybe it’s Maybelline.”

Epanalepsis repeats words or phrases at the beginning and the end of the same sentence or clause.

“Control, control, you must learn control,” said Yoda in The Empire Strikes Back. 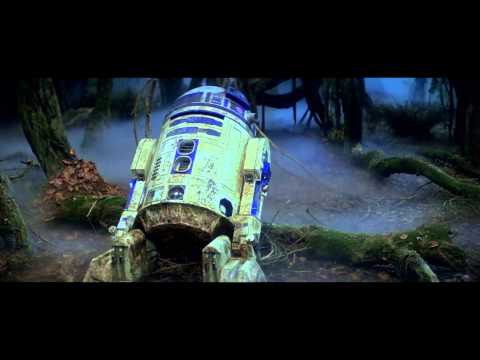 Epanalepsis puts a heavy emphasis on the idea you’re trying to convey.

It also uses the “primacy” and “recency” effects which means the first and last thing we hear is more likely to stick in our minds.

Some politicians love this technique. Politicians like John F. Kennedy.

He used this repetition example in his address to the United Nations:

Epimone uses repetition to dwell on a point. It’s commonly used in stories where a character is pleading or commanding someone to do something.

We saw it in Oliver Goldsmith’s play, She Stoops to Conquer:

Epimone is also used to illustrate persistence. For example, in Webster’s address to the Senate, he said:

The cause, then, Sir, the cause! Let the world know the cause which has thus induced one State of the Union to bid defiance to the power of the whole, and openly to talk of secession.

Polyptoton involves the repetition of words that derive from the same root word.

“Absolute” and “absolutely” are different words, but they derive from the same root word.

Polyptoton is common in headlines and book titles too.

Here’s a screenshot of the cover page: 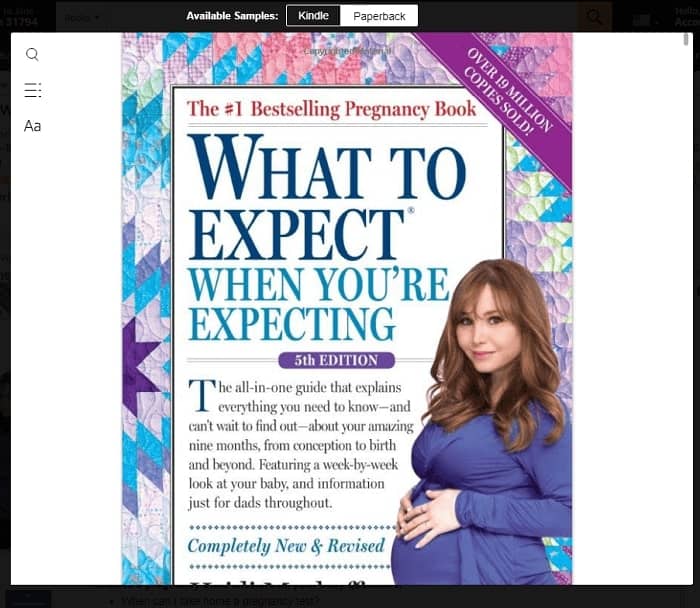 Antistasis uses repetition to contrast two ideas. It derives from the Greek meaning “to stand against” or “opposing position.”

For example, when someone asks you:

“Are you working hard or hardly working?”

That’s an antistasis example because it contrasts two ideas on work.

Advertisers use this technique too. The tagline of the Starkist Tuna commercials was:

Do you see how the combination of those contrasting ideas makes you stop and think?

Antanaclasis repeats the same word or phrase but with a different meaning each time. This repeated phrase is also known as a pun because it’s a play on words.

Benjamin Franklin used it when he said, “Your argument is sound, nothing but sound.”

In the first part, he said the argument is solid. In the second, he discounted it as noise. 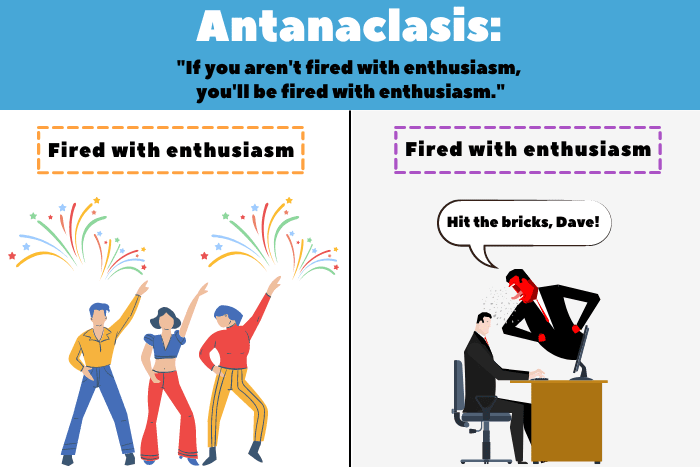 See how easy that is?

Stating the same phrases in a different way makes them wittier.

Examples of Repetition in Literature

Some of the best repetition examples come from books and poems.

It didn’t take long for many of the world’s most famous writers — like Shakespeare and Maya Angelou — to understand the power of this rhetorical device.

For example, Romeo and Juliet, Shakespeare used repetition when he said:

In F. Scott Fitzgerald’s novel, The Great Gatsby, he used repetition in successive phrases to emphasize his point:

The repeated word “small” highlights to the reader how tiny Tom’s apartment is.

Maya Angelou also knew how to use this literary technique to her advantage. In her poem, Still I Rise, she said:

Leaving behind nights of terror and fear

Into a daybreak that’s wondrously clear

Bringing the gifts that my ancestors gave,

I am the dream and the hope of the slave.

This repetition in poetry emphasizes Angelou’s main point and signifies her strength. 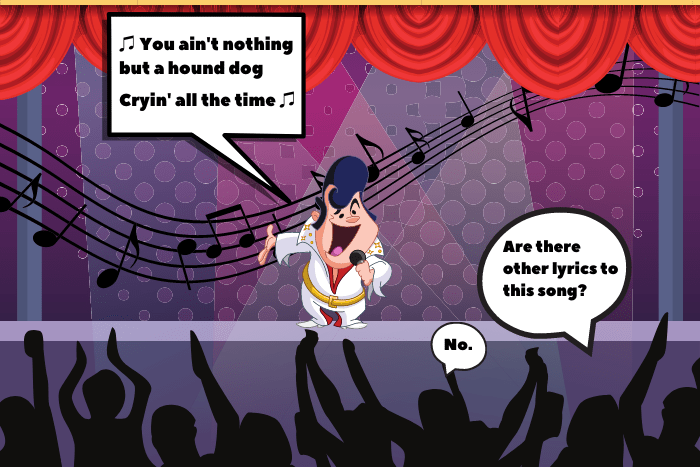 Repetition is common in music because it makes it easy to sing along with the lyrics.

You ain’t nothin’ but a hound dog

Cryin’ all the time

You ain’t nothin’ but a hound dog

Cryin’ all the time

We also see repetition all the time in movies.

Because it gives us quotable movie lines that stand the test of time. Here’s a famous repetition example from Taxi Driver:

Hear this quote in action: 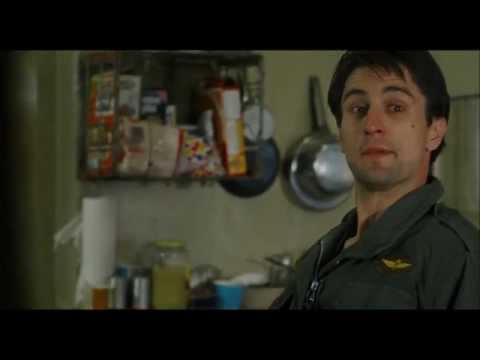 And then, of course, another famous repetition example comes from the James Bond series. James Bond always introduces himself as “Bond. James Bond.”

Why Write with Repetition?

Let me ask you:

If there was an easy way to be more memorable, would you do it?

And if you could easily add emphasis to your message, would you do it?

Of course you would.

Just by using repeated elements in one sentence or paragraph, you can:

Think of it this way.

There’s a reason why some of history’s most famous speakers used repetition — and it wasn’t for the sake of bells and whiles. You see, Winston Churchill, JFK, and Martin Luther King used it because it works.

It makes your writing more persuasive, quotable, and memorable. And in writing, that’s considered the triple threat.

Ready to Put These Repetition Examples to Work?

Start by choosing an idea that you want to emphasize. Then repeat words that stress that idea and make your prose more quotable.

But a friendly reminder:

Don’t overuse repetition. Just use it on thoughts or ideas that you want to carry a significant impact, or else it’ll lose its effect.

Remember my redundancy example from earlier?

You don’t want to look like a lazy writer who couldn’t find a better way to word your message.

Instead, use it like David Schwartz when he said:

See how that works? Now go try it for yourself.