Do you need some good personification examples?

Whether you’re writing a poem, studying a play, or even looking for some ways to spice up your copywriting, personification is a powerful figure of speech.

Not quite sure what personification is? Let’s take a quick look:

The sea sighed and moaned.

So how (and why) does personification get used in literature, poetry, pop culture, and everyday life? 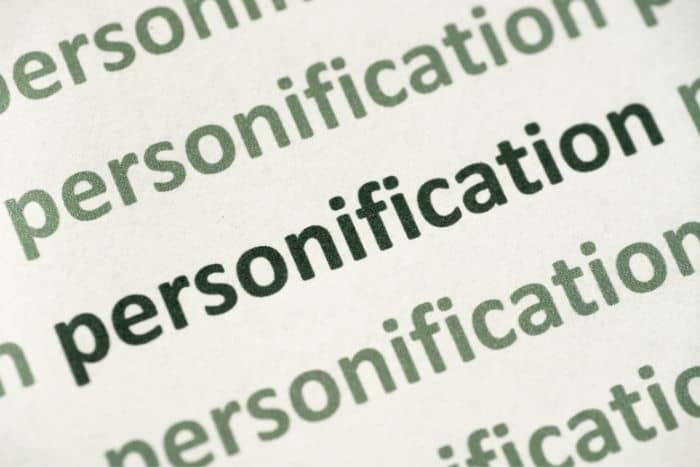 The term “personification” is used in a few different ways. Here’s the most common definition — and the one we’re going to be focusing on throughout our examples.

Personification is the attribution of human characteristics to inanimate objects, animals, or even abstract ideas.

You might also hear “personification” used to indicate that a character embodies a particular idea, quality, or vice, in a piece of literature or art.

Why Do Writers Use Personification?

Personification is a form of figurative language, where writers convey an idea or feeling by saying something that isn’t literally true.

Personification can make a non-human entity seem more vivid, even more dangerous, especially if the personification involves the use of sensory words.

“The fire swallowed the house” might have more of an emotional impact than “The fire engulfed the house.”

Often, particularly in poetry, personification is used to create a specific mood. It might make things seem more ominous, for instance, or it could give a sense of mystery.

It’s easiest to understand personification (and how it differs from other techniques, like anthropomorphism) by taking a look at some examples.

As you can see from the range of examples here, personification is widely used not only in classic works of literature but also in popular culture and everyday speech.

Examples of Personification in Literature 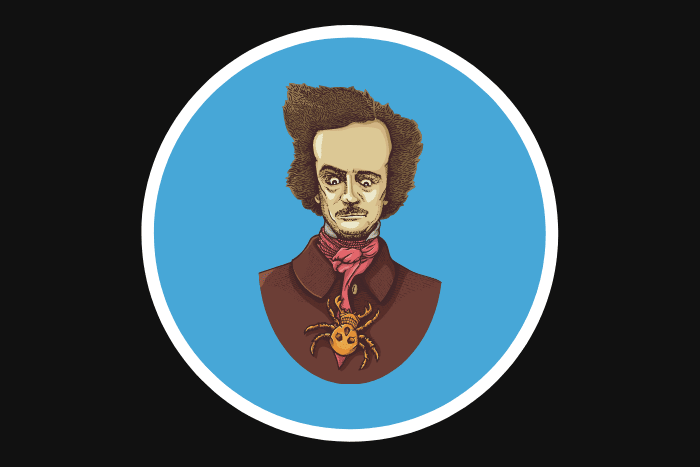 Death, in approaching him had stalked with his black shadow before him, and enveloped the victim.

(You can read the whole story here.)

This short story by Poe is filled with themes of horror and madness.

Like all of Poe’s writing, it’s evocative and suspenseful. In this short extract, death is personified: it “stalks” like a person and casts a shadow.

Death is often personified, sometimes to the extent of becoming an actual character — for examples of that, try Terry Pratchett’s Discworld series or Emily Dickinson’s poem Because I Could Not Stop for Death.

Wine talks; ask anyone. The oracle at the street corner; the uninvited guest at the wedding feast; the holy fool. It ventriloquizes. It has a million voices. It unleashes the tongue, teasing out secrets you never meant to tell, secrets you never even knew. It shouts, rants, whispers. It speaks of great plans, tragic loves and terrible betrayals. It screams with laughter. It chuckles softly to itself.

Wine is personified from the first sentence of this novel: “wine talks.” It’s given human attributes, not just the ability to talk, but to tease out secrets, to shout, rant, whisper, and even laugh.

In the original UK edition of the book, the wine itself acts as a narrator:

“Take me, for instance. Fleurie, 1962. Last survivor of a crate of twelve, bottled and laid down the year Jay was born. … Five years ago, he laid me out on a table set with silver candlesticks, but nothing came of it. In spite of that he and the girl stayed together.”

The US edition (unusually) is quite different, with the whimsical first-person narrative of the wine completely lacking; instead, the story is told as a more straightforward third-person narrative.

But soft! What light through yonder window breaks?

It is the east, and Juliet is the sun.

Who is already sick and pale with grief,

That thou, her maid, art far more fair than she.

(You can read the rest of the speech here.)

In this very famous speech from Romeo and Juliet, Romeo personifies the moon, attributing human emotions (envy, grief) as well as human qualities (becoming sick) to it.

Interestingly, here, Juliet is compared with the sun in a metaphor — making her more powerful and also more remote than she really is as a human teenager.

Examples of Personification in Poetry 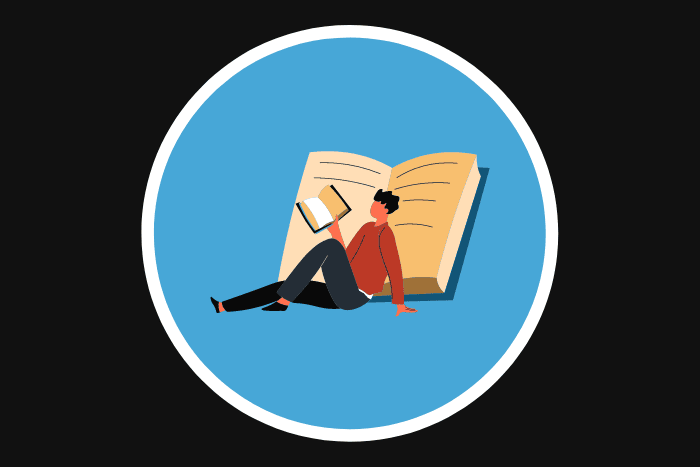 I wandered lonely as a cloud

That floats on high o’er vales and hills,

When all at once I saw a crowd,

A host, of golden daffodils;

Beside the lake, beneath the trees,

Fluttering and dancing in the breeze.

(You can read the whole poem here.)

This very famous poem from the romantic poet William Wordsworth describes seeing a “crowd” — a very human term — of daffodils. The daffodils are “dancing” in the breeze, a human action that brings alive their movement and evokes a sense of joy in the imagined sight.

The daffodils’ lively, whimsical nature is further explored in the second stanza, which tells us they were “tossing their heads in sprightly dance.”

Even the first line of this poem has a degree of personification, suggesting that clouds can be lonely.

Not a cute card or a kissogram.

I give you an onion.

Its fierce kiss will stay on your lips,

In this poem, Carol Ann Duffy uses an onion as a symbol of love. The onion is given the ability to “kiss” — a human action — and it’s also given two human emotions, possessiveness, and faithfulness.

Here’s a poem about returning to work in the New Year and having to participate in idle chitchat about Christmas. pic.twitter.com/mCei8tCS82

This funny and (somewhat uncharacteristically) sinister poem is by Brian Bilston, who’s often called the “poet laureate of Twitter”.

In it, the narrator’s dreams are personified as something with human thumbs: they “smudge their thumbprints on the day to come.”

Examples of Personification in Pop Culture 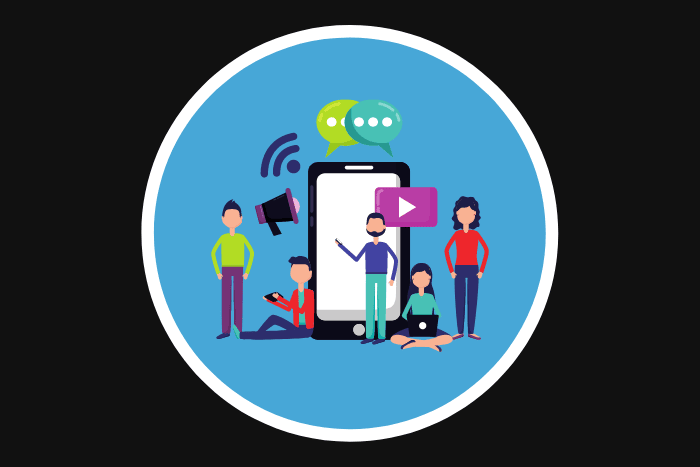 Personification can involve photos or illustrations, not just words. The image below is part of a short series of humorous and eye-catching ads, with a toy bull beating up a toy bear.

Here, the bull is personified: it’s sitting in an armchair and reading a newspaper, with its feet up on a bearskin rug: 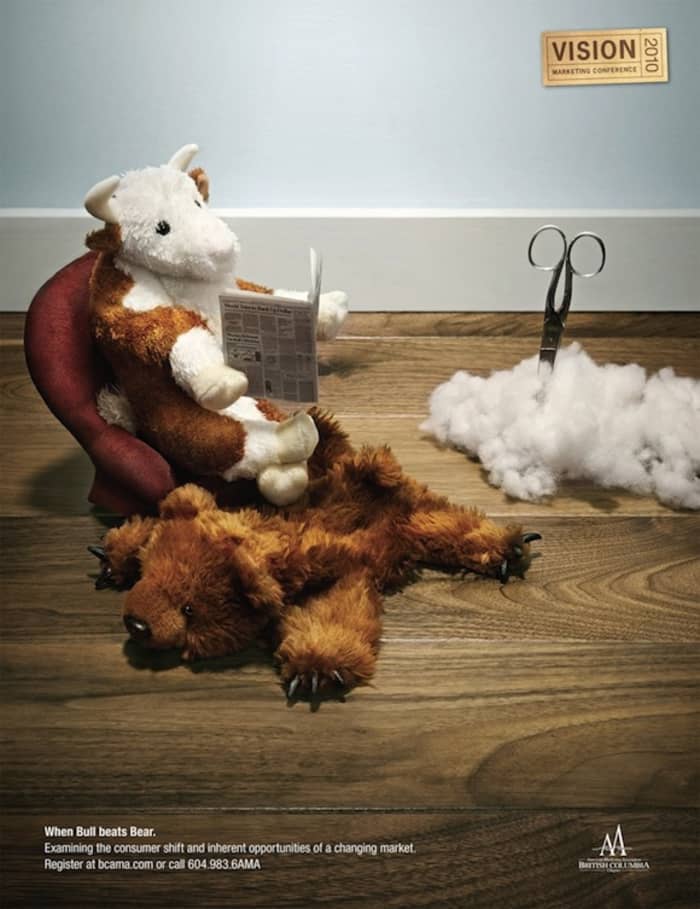 Related: 25 Types of Humor to Tickle Your Funny Bone (+ Examples)

John McClane: Now I know what a TV dinner feels like.

In films, personification is often used for one-liners, like this quip from John McClane, crawling through a vent in the Nakatomi Plaza. Obviously, TV dinners don’t really have the human capacity to feel.

Check out the clip below.

I’m Dexter and I’m not sure what I am. I just know there’s something dark in me, and I hide it. I certainly don’t talk about it, but it’s there — always. This Dark Passenger. And when he’s driving, I feel… alive. Half sick with the thrill, the complete wrongness. I don’t fight him, I don’t want to. He’s all I’ve got. Nothing else could love me, not even… especially not me. Or is that just a lie the Dark Passenger tells me?

Dexter’s “Dark Passenger” is how he describes his impulse to kill. He gives it human qualities — like the ability to love, and the ability to tell lies.

Check out the clip here: 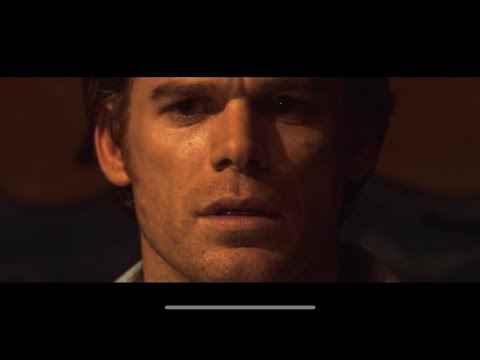 Here are 12 examples of how we personify everyday events and objects:

Next, we’ll dive into some literary terms closely related to personification. It’s important to distinguish between these, as it’s easy to get personification muddled up with some of them — particularly with anthropomorphism.

Anthropomorphism is when an animal or object behaves in a human-like way. It’s easy to confuse it with personification, but here’s how they differ.

If the narrator refers to the moon as “watching”, but means this only as a metaphor, that’s personification.

If the moon has eyes and is truly watching the Earth, that’s anthropomorphism.

Anthropomorphism is commonly associated with work aimed at children, but it also takes place in plenty of serious, adult works. (Think of George Orwell’s Animal Farm, for instance.)

Note that it’s always about emotion — not about other human attributes, like “singing” or “strolling”.

Crucially, pathetic fallacy is also used to link with something that a human character is feeling — the things around them reflect their mood. If the sky is “sullen” but the narrator is full of cheer, that’s not a good example of pathetic fallacy.

Often, pathetic fallacy is used in relation to nature. The rain might be described as “miserable”, for instance — but really it’s the character who’s unhappy.

An allegory is a story or poem that has a hidden meaning — usually a political or moral message.

The story might seem to be about one thing on the surface, but there’s a deeper meaning to it. Sometimes, this meaning is spelled out, perhaps with the allegory being presented first, then an interpretation being offered.

A great example is Plato’s Allegory of the Cave, where human beliefs about reality are likened to people in a cave, able to only see shadows rather than the real things that cast those shadows.

You could think of an allegory as being like a very extended, whole-story, metaphor.

A metaphor draws a parallel between one thing and another, completely unrelated, thing. It states that one thing is the other — even though this is not literally true. For instance, “this argument is a slippery slope” or “the snow is a white carpet across the land.”

In Romeo’s speech earlier, he used a metaphor when talking about Juliet, saying “Juliet is the sun.”

Use These Personification Examples in Your Writing or Studying

We’ve looked at lots of different examples of personification above. Some are very recent, others are centuries old. Some are from classic works of literature, others are from pop culture.

Whether you’re studying literature, aiming to become a better writer, or even hoping to make extra cash writing, getting to grips with personification can help.

Next time you’re reading a book or poem, or watching a TV show, keep an eye out for personification. Don’t just spot it, though — figure out what effect it has. That way, you’ll gain a deeper understanding of how personification works.