In today’s post, we’ll pick apart some of our favorite anthropomorphism examples.

We’ve also got some super-fun videos (one of them even has a gecko making strawberry jam), and some anthropomorphism writing tips you won’t find anywhere else.

So, if you’re looking for some easy-reading on what anthropomorphism is and how it works, or you just want some examples to fire-up your creativity, you’re exactly where you need to be.

Let’s have some fun. 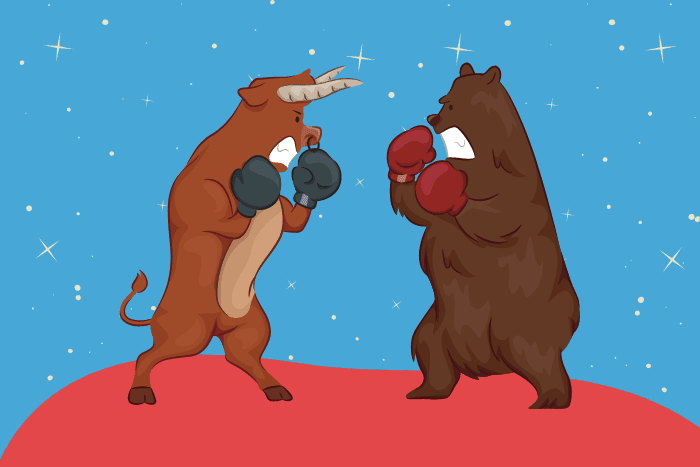 It’s commonly used with animals or inanimate objects, but you can anthropomorphize any non-human entity.

Giving human characteristics to non-human things is so pervasive in modern life that you might not even notice it.

But writers who use it sure do.

Why Do Writers Use Anthropomorphism?

In short: it works.

Think about it, anthropomorphism is a multi-billion dollar strategy. And this strategy is used to captivate audiences. (Just ask Disney!)

Here are a few reasons why.

Remember in Toy Story when Andy is going to box Woody up and send him to the attic?

You start caring about the fate of an anthropomorphic toy.

Because Woody has done nothing but show Andy unconditional love. But Andy can’t stay a kid forever and – BANG! – it hits you:

What about the times I’ve boxed someone up and sent them away to the attic? And what if the people who’ve boxed me up were in a dilemma I didn’t understand?

Imagine taking a grating, abrasive topic and turning it into an award-winning novella.

(Ah, only every writer’s dream!)

George Orwell did exactly that in Animal Farm by exploring politics with talking barnyard animals. He uses the same old stale indictment of political systems but presents it in a refreshing and exciting way.

Remember being a child and watching Bambi for the first time? Remember when his mom died?

Thoughts and feelings of what it might be like to lose a parent flooded in, and you realized mom and dad wouldn’t be around forever. Suddenly, your newfound understanding of life made you realize that existence is a fragile and finite thing.

And you grew up a little that day…You may have cried yourself to sleep after, but that’s a story for another time.

From literature to poetry to pop culture, examples of anthropomorphism are prolific.

Let’s cover a handful of the most helpful and you’ll be up to speed ASAP.

Examples of Anthropomorphism in Literature

1. The Lion, the Witch, and the Wardrobe

C.S. Lewis’s magical world of Narnia is chock-full of creatures with human qualities.

Aslan, the hero of the story, is a double anthropomorphic representation as both a lion and God.

Mr. and Mrs. Beaver describe him to the Pevensie children this way:

“I’d thought he was a man. Is he quite safe? I shall feel rather nervous about meeting a lion’… ’Safe?’ said Mr. Beaver…’Who said anything about safe? ‘Course he isn’t safe. But he’s good.”

Check them out here. That is unless talking beavers freak you out. In which case, move along. Otherwise… 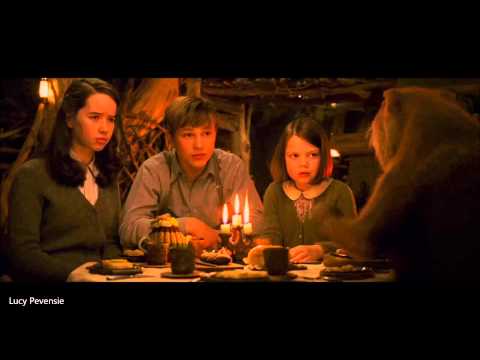 No discussion about anthropomorphism examples is complete without this classic by George Orwell.

He uses routine farm animals to reflect the events leading up to the Russian Revolution and then on into the Stalin era — heavy stuff.

The animals band together, using human emotion and intellect, and oust the farmer from his own farm. The poor guy never stood a chance.

“There, comrades, is the answer to all our problems. It is summed up in a single word — Man.”

Check out this super-short (but also super-informative) video that dissects Animal Farm, detailing what every character — human and animal — represents: 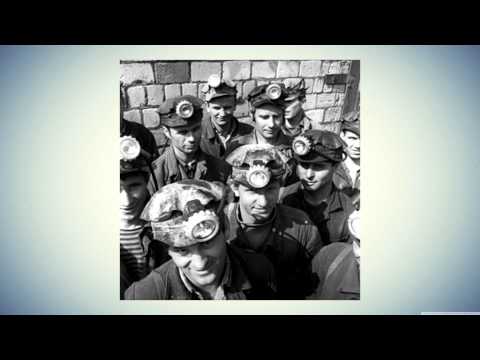 Charlotte is a spider in this classic childrens’ tale by E.B. White.

Throughout the story she carries on with human-like intellect and emotion – even, at times, outsmarting the farmer.

“If I can fool a bug…I can surely fool a man. People are not as smart as bugs,” she schemes.

Examples of Anthropomorphism in Poetry

This lovable, rotund bear started out as a children’s poem in 1924, and poetry has since been an integral part of Winnie’s magic.

Here’s a brief example from Us Two:

Whatever I do, he wants to do,

“Where are you going today?” says Pooh:

Dr. Seuss was a master at anthropomorphic rhyming.

The tension between the Cat in the Hat and that poor goldfish was thick enough to cut with a knife.

Check out Mike Myers’ absolutely terrifying — though commendably wonderful — portrayal of The Cat in the Hat here: 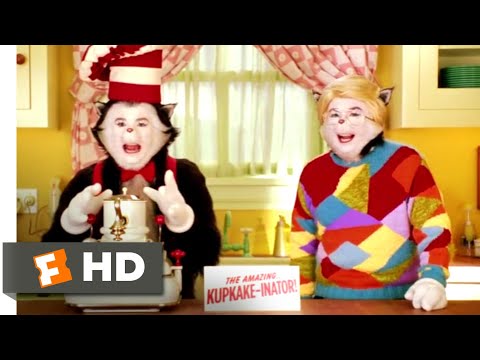 This nonhuman thing has been around so long you probably didn’t pause to realize he’s an anthropomorphic egg.

Talk about a weird, cryptic poem. Here’s a reminder:

Humpty Dumpty sat on a wall,

Humpty Dumpty had a great fall.

Examples of Anthropomorphism in Pop Culture

Tim Urban, in his massively popular blog Wait But Why, showed how effective this can be at raking in the readers. He introduced a pesky monkey to teach us all about procrastination.

Do you have plans to get some work done today?

Instant Gratification Monkey has other plans (the video starts right at the good part, but we encourage you to watch the whole thing):

Most of us are acquainted with Martin, the gecko from Geico.

He does it all.

He saves people money on auto insurance. (Clearly, the marketing is effective.)

In addition to Martin, you can see other non-human characters all over from Tony the Tiger to the M&M crew to Snuggle the Bear.

Check out this clip of Martin, the gecko, making jam. Yes, you read that right: Making. Jam. Enjoy! 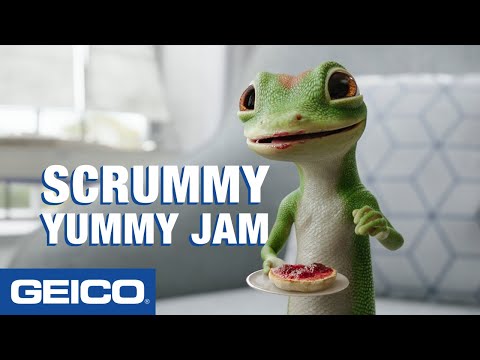 Casa Madrigal, or Casita, is the sassy anthropomorphic house from the animated movie Encanto. Her human personality comes through tremendously despite not having a physical human form.

She communicates by rhythmically moving tiles and drawers when happy, and she’ll flash the household lights sporadically if upset.

She’s basically a member of the family, and is certainly a communicative character integral to the plot.

(And look at that… We didn’t even talk about Bruno…)

What’s the Difference Between Anthropomorphism and Personification?

Personification is the figurative version of anthropomorphism.

It uses imagery or metaphor to give non-humans, animals or objects human characteristics.

The band Of Monsters and Men, used personification in their hit song Little Talks:

The stairs creak as I sleep

It’s the house telling you to close your eyes

Or your aunt might say, “My cat loves showing off when company is around.” Now that might be one spunky cat, but it doesn’t ponder to itself, “The Andersons are coming over at six and I can’t botch my performance like last time.”

What’s the Difference Between Anthropomorphism and Zoomorphism?

This literary device occurs when a human is said to be possessing or demonstrating animal-like qualities.

This can be used literally, as with superheroes.

Or it can be used figuratively.

5 Tips on How to Use Anthropomorphism in Your Writing

Just like a variety of great writing tips that’ll actually make you a better writer exist, anthropomorphism can be used in many different ways.

But here are five ideas to get you started:

Classics have been vetted over generations, so you know they’re good.

Why not retell one?

This leaves you free to focus on transforming the characters into non-human things.

The Muppet Christmas Carol, an anthropomorphic retelling of Charles Dickens’s famous tale, is a great example. Can you hear any classic characters calling out to be turned into non-human things?

Disney’s 1973 animated adaptation of Robin Hood matches wild animals with personalities they seem to have in real life.

Give it a shot. (Don’t let Disney get all the good ones.)

This one is easy to take for granted because, in hindsight, stories about toys coming alive were obviously going to be HUGE.

But before launch, no one knew Toy Story would gross $373 million. Or in 1924 that Winnie the Pooh would go on to be worth $5 billion a year.

What would your inner child love to see come to life?

It could be lucrative!

Political topics can be nauseating in the best of times, but George Orwell anthropomorphized the perils of poor government in Animal Farm and we love him for it.

Do you have a challenging topic you’re passionate about? What if you could add a little sugar to the medicine?

One part controversial topic. One part is anthropomorphism. Mix and — Mhhh! — the readers will come pouring in.

Being a little odd helps when writing anthropomorphically.

We’re talkin’ weird, people, like when a little girl somehow falls through a rabbit hole and finds herself in a land where she meets a mad hatter, a psychedelic cat, and a playing card who loves chopping off heads.

This, of course, is what happened in Alice’s Adventures in Wonderland, the novel by Lewis Carroll that has held peoples’ interest for over 150 years.

The whole idea of anthropomorphism is peculiar.

That’s part of the magic.

Release Your Own Anthropomorphism Examples Into the Wild

Many writers lack the courage and know-how to harness the advantages of anthropomorphism.

And it makes sense.

Well, come to find giving a nonhuman some human traits is all it is. Sure, personification and zoomorphism add their little twists and turns, but they’re also clear cut once you know what to look for.

So, put fingertips to keyboard and use this powerful writer’s tool!

Add this secret ingredient to your writing recipe and you’ll look back to see more enchantment, more persuasion, and more creativity in your work.

Your readers won’t know what hit them!

As a certified freelance writer, Ryan Johnson single-handedly unites engaging content with SEO visibility. So whether you need a powerful post written or a helpful eye to diagnose a struggling website, reach out today for a free recommendation.

As a certified freelance writer, Ryan Johnson single-handedly unites engaging content with SEO visibility. So whether you need a powerful post written or a helpful eye to diagnose a struggling website, reach out today for a free recommendation.