And along the way, you’ll also learn:

So if you’re looking for some allegory examples to help you get the hang of this literary term, or you’re curious how allegories can help you weave wondrous tales and create cunning content, then you’re in for a treat.

Let’s kick things off with a simple definition, shall we? 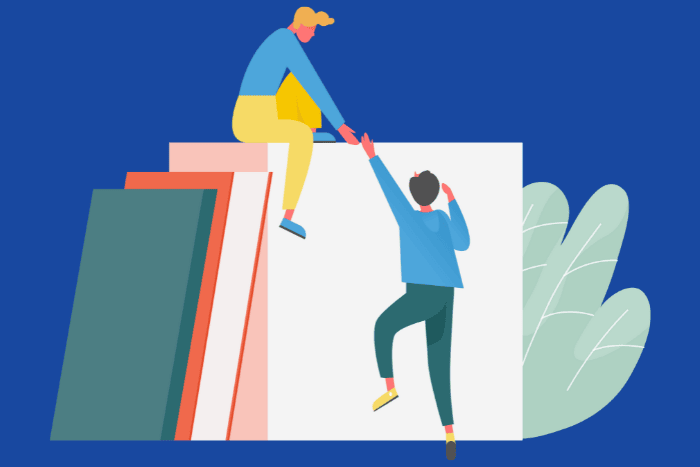 Today, we know allegory as a long-held literary term that distills complex ideas into a simple, accessible story. Think of allegory as a double meaning or even an equation:

You can use allegory in two ways:

For example: Jonathan Swift’s Gulliver’s Travels is a covert criticism of British politics.

For example: In The Faerie Queene, Edmund Spenser uses personification to turn virtues into knights.

Now that you know the definition of allegory and how to use it, let’s discover the different types. 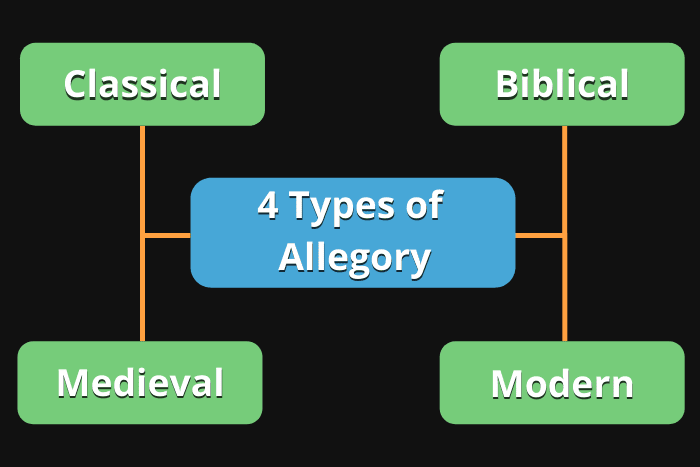 Classical allegory began in ancient Greek and Roman times to teach morality, ethics, and philosophy. Think of myths and Aesop’s Fables as prime examples of allegory.

Or take Plato’s Allegory of the Cave where an escaped but enlightened prisoner returns to his former cave to free the captives he left behind. But they refuse to leave the only reality they know.

In The Chronicles of Narnia, Aslan is a symbolic Christ figure who dies for another’s sin, then resurrects to become king.

You would not have called to me unless I had been calling to you,” said the Lion.C.S. Lewis

Medieval allegory promoted Christianity through poems and art in the Middle Ages.

In the middle of the journey of our life, I found myself within a dark woods where the straight way was lost.Dante Alighieri, Inferno

Though modern allegory is an allegory created in recent times, it also extends to works that weren’t intended as such, but are open to allegorical interpretation.

For example, J. R. R. Tolkien’s The Lord of the Rings is seen as a fight between good and evil during the two world wars.

…if truth were everywhere to be shown, a scarlet letter would blaze forth on many a bosom…Nathaniel Hawthorne

Other famous examples of modern allegory include Arthur Miller’s The Crucible to comment on McCarthyism, and in Edgar Allan Poe’s, The Masque of the Red Death, Poe uses allegory to express his views on the impossibility of escaping mortality.

Examples of Allegory in Literature

To help you understand allegory examples in literature, we also summarize each work, so… spoiler alert!

Anthropomorphic farm animals fight for freedom and equality, form a new society, struggle for power, and eventually fall under dictatorship.

Symbolism: The pig characters, Snowball and Napoleon, are allegorical figures for Leon Trotsky and Joseph Stalin.

2. The Metamorphosis by Franz Kafka

Gregor Samsa awakens one morning to find himself transformed into a huge bug. His family rejects, neglects, and finally abandons him until he dies alone.

Symbolism: The character of Samsa symbolizes the misunderstood artist and his family is an allegorical figure for society.

Hidden meaning: Though there are many allegorical interpretations to this fantastic tale, one reading is that non-conformity can lead to social alienation.

As Gregor Samsa awoke one morning from uneasy dreams he found himself transformed in his bed into a gigantic insect.Franz Kafka, The Metamorphosis

Captain Ahab is obsessed with Moby Dick, a great yet elusive white sperm whale. When he finally captures his prey, the beast destroys Ahab and his boat.

Symbolism: Ahab represents the destructive force of human nature. And the great white whale symbolizes the slippery nature of the unknown.

Hidden meaning: The obsession for the unattainable, like power, wealth, or supreme knowledge, leads to self-destruction. It can also be a great allegorical read for climate change.

Related Reading: 20 Metonymy Examples That Will Sweep You Off Your Feet

Examples of Allegory in Movies & Television

Pre-teen Riley struggles with conflicting emotions after she moves with her family to San Francisco.

Hidden meaning: When you work with all of your emotions instead of fighting them, you can achieve mental wellbeing.

Check out a clip from the movie here: 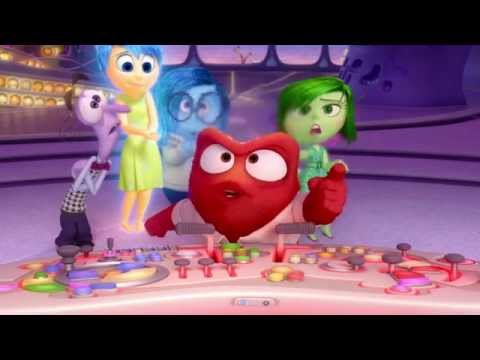 Two astronauts stranded in outer space struggle to return to Earth after their spaceship is damaged.

Symbolism: Tethers are umbilical cords, space capsules are wombs, and the void of space acts like a literal tabula rasa.

Hidden meaning: Director and co-writer Alfonso Cuarón, infused this sci-fi flick with so much symbolism that it travels far beyond his original idea of a film on adversity. One of the best allegory examples in movies, Gravity can be a message of rebirth or humanity’s emotional evolution.

Don’t believe it? Check out its epic last scene: 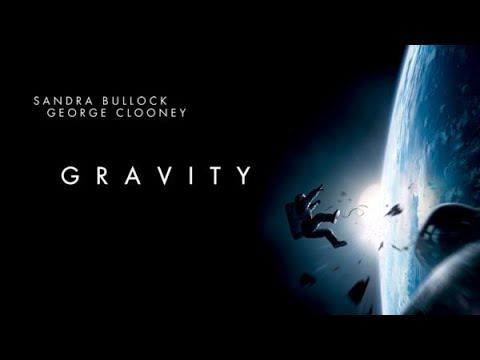 The saga of families and factions battling for power while staving off supernatural threats.

Symbolism: White Walkers, Children of the Forest, and the famous line, “Winter is coming,” all represent man versus nature. 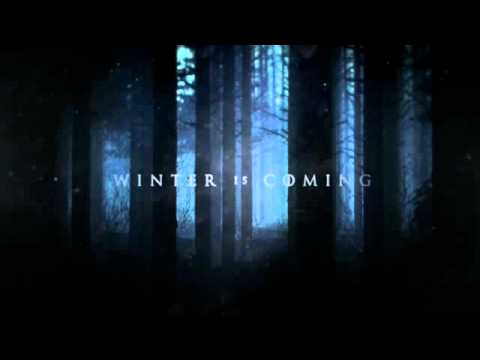 Survivors of an airplane crash are stranded on a mysterious island with supernatural happenings.

Symbolism: Lost is rich in contrasting symbolism, like Jacob vs the man in black or John Locke’s light and dark players in his backgammon game: 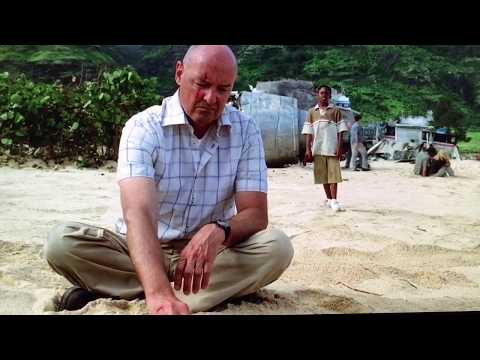 Hidden meaning: You can see Lost as the fight between free will vs destiny or good vs evil. Or it could symbolize misguided people searching for themselves.

Examples of Allegory in Music

Bohemian Rhapsody is a mishmash of a cappella, folk, hard rock, and opera music tied together with ambiguous lyrics. And it’s probably the best example of allegory in music.

Listen to the song (you know you want to). But this time, think about the alleged allegorical meaning:

Hidden Meaning: To McLean, American Pie meant not just a music era dying, but the demise of the American dream. 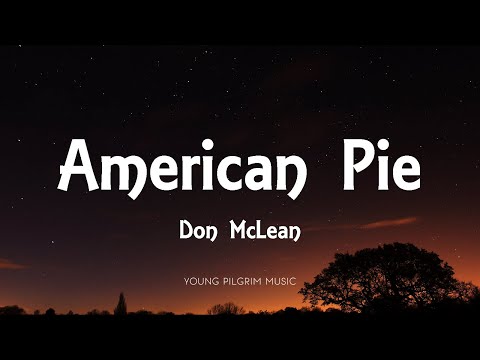 10. Total Eclipse of the Heart

If you first heard the 1980s Bonnie Tyler version, you would think this romantic tune is about heartbreak…

Hidden meaning: It’s about vampires. Really. Composer Jim Steinman originally wrote it for an unproduced musical on Nosferatu, then later used it for his Broadway musical Dance of the Vampires, renaming the song Vampires in Love.

Why Use Allegory in Writing?

Throughout the ages, allegories have allowed artists to hide behind a shield of ambiguity while they brandish a sword of scathing criticism to comment on society and politics, or reveal truths about human nature.

But why use allegory today? 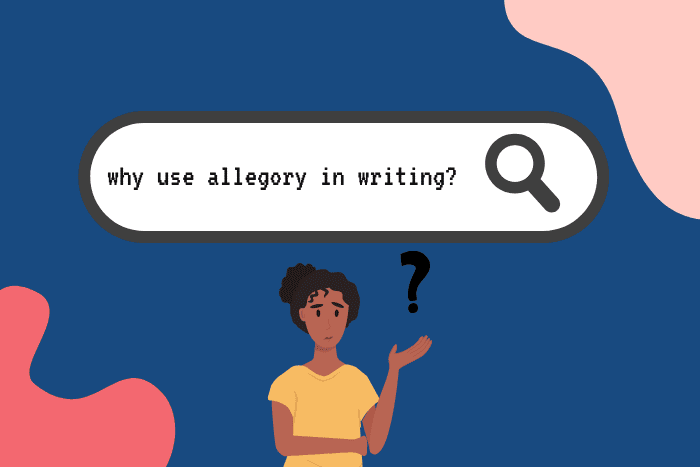 Whether you want to criticize society or share insights into the human condition, you can use allegory for many reasons:

Now that you’ve explored the mythical underworld of allegory and absorbed its language, let’s compare figures of speech so you can transform into a true allegory master.

Allegory wields a variety of literary and rhetorical devices, like symbolism, metaphors, and parables, to convey its hidden messages.

But the fundamental difference is this: an allegory is a complete work of art, whereas most figures of speech are the building blocks of a story’s foundation.

Let’s shed some light on terms commonly confused with allegory.

Like allegory, symbolism can span an entire work of art, from start to finish. However, it plays a minor role in conveying a work’s major concepts.

For instance, take Gravity and its hidden rebirth meaning. At one point, Bullock’s character sheds her spacesuit and floats into a fetal position, symbolizing a child in the womb. 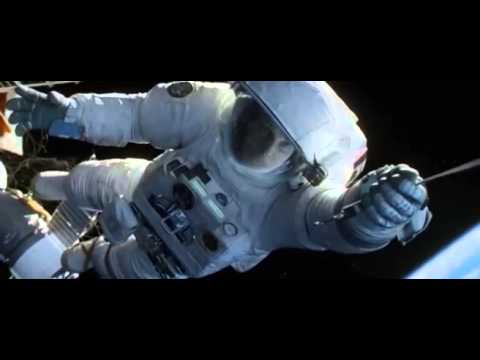 While all allegories rely heavily on symbolism, not all writing that uses symbolism is an allegory.

What do the words, a total eclipse of the heart, make you think of? This metaphor example may conjure an image of darkness shadowing not just love, but life. One line of metaphor helps to convey the song’s vampire allegory.

To distinguish the two, think of an allegory as one long, extended metaphor, stretching through the entire story, from start to finish.

Allegories and parables are very similar because they both have two layers of meaning and are complete stories. But here’s how the parable differs from allegory:

A great way to remember parables is to think of Aesop’s, The Boy and The Wolf. A bored shepherd boy cries “wolf” as a joke, but the hoodwinked villagers catch on to his lies and ignore him when the real wolf shows up.

Moral of the story: No one will believe a liar even when they tell the truth.

Remember, an allegory is more subtle and difficult to interpret than a parable.

Awaken The Storyteller in You With Allegory Examples

Whether you’re a blogger, non-fiction writer, or novelist, you’re always the hero of your writing journey.

And now, equipped with a trove full of allegory examples, you’ll be a wizard in crafting cathartic content.

Soon you’ll be weaving words into wonders of wisdom.

Above all, you’ll possess the confidence to leave your familiar world behind and write inspiring allegories of life-changing truths.

A U.S. expat living in Italy, Michelle Grace Maiellaro is a leukemia survivor who helps people triumph over life challenges and change. She's a content marketer, freelance writer, and blogger. You can discover more about overcoming hard times and grab free resilience resources on her blog, The Resilient Woman.

A U.S. expat living in Italy, Michelle Grace Maiellaro is a leukemia survivor who helps people triumph over life challenges and change. She's a content marketer, freelance writer, and blogger. You can discover more about overcoming hard times and grab free resilience resources on her blog, The Resilient Woman.