80+ Simile Examples That Hit Like a Ton of Bricks (+ Definition)

Do you need simile examples to spice up your writing?

Are you looking for something that adds polish to your prose?

Similes are just the tool you need to make your writing more colorful and engaging.

And to help you out, we’ve pulled together an extensive list of swipe-worthy simile examples to help spark your creativity. 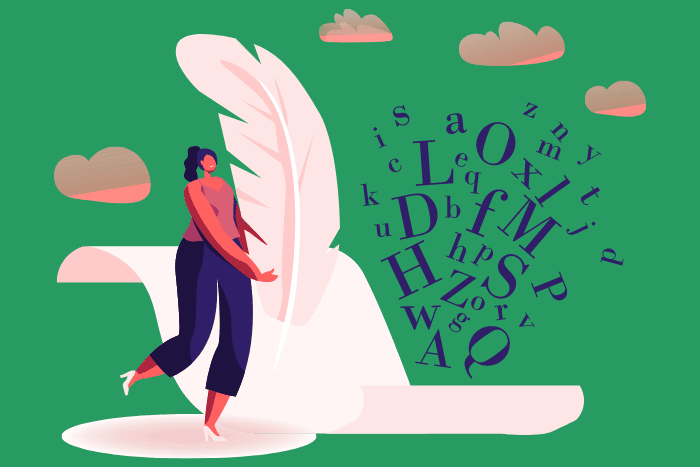 What is a Simile?

A simile is a figure of speech used to compare two objects or concepts with one another using the words “like” or “as”. The objects are usually dissimilar enough that the comparison is surprising.

For example, look at this sentence:

She swaddled the baby until he was as snug as a bug in a rug is a simile.

It compares swaddling the baby to being wrapped snugly like a “bug in a rug.”

Here’s something you probably didn’t know:

The word “simile” comes from the Latin word similis meaning similar or like.

Now that we got that out of that way, let’s dive a little deeper into why we use similes in the first place.

So, a simile is used often to:

Similes help you paint a picture for your reader.

Think about our earlier example of She swaddled the baby until he was as snug as a bug in a rug.

You could instead say She wrapped the baby tightly in his blanket.

Sure, that describes a swaddled baby. But it doesn’t paint a picture of a baby lovingly wrapped in a soft, cozy blanket, so he is warm and safe.

And that, my friends, is the power of figurative language.

What’s the Difference Between Simile and Metaphor?

You probably know the difference between these two literary devices, but if not, let’s recap simile vs metaphor:

Life is a roller coaster is a metaphor example.

Life is like a rollercoaster is a simile example.

Similes vs Comparisons: Is There a Difference?

Your daughter looks just like you is an explicit comparison, not a simile, even though it uses the word like. Comparing a child’s appearance to that of a parent isn’t unusual, so it’s not a true simile.

(Remember: a true simile compares two dissimilar things using like or as).

Your daughter has a smile as bright as sunshine would be a comparison using a simile because a smile and sunshine are two totally different things. 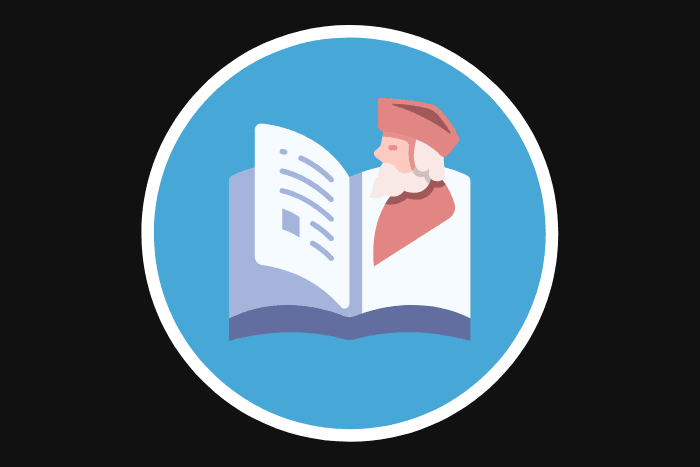 Now, one of the most famous simile examples might be a line from A Christmas Carol by Charles Dickens:

Old Marley was as dead as a doornail.

How can a person be as dead as an inanimate object?

Well, it’s not possible. But that’s not the point.  The big idea here is how Dickens compared Old Marley’s current living status (deceased, in case you forgot) to something that wasn’t alive in the first place.

Old Marley is very much dead.

Similes & Hyperbole: A Pairing as Natural as Bread & Butter

Did you know that many hyperboles are also similes?

The 50+ Best Hyperbole Examples in the History of the Universe

Let’s dive into some more simile examples in literature:

He sat as still as a mouse, in the futile hope that whoever it was might go away after a single attempt.

Romeo and Juliet by William Shakespeare

Is love a tender thing? It is too rough, too rude, too boisterous, and it pricks like a thorn.

Little Women by Louisa May Alcott

Like bees swarming after their queen, mother and daughters hovered about Mr. March the next day, neglecting everything to look at, wait upon, and listen to the new invalid, who was in a fair way to be killed by kindness.

A library is like an island in the middle of a vast sea of ignorance, particularly if the library is very tall and the surrounding area has been flooded.

Life of Pi by Yann Martel

The pain is like an axe that chops my heart. 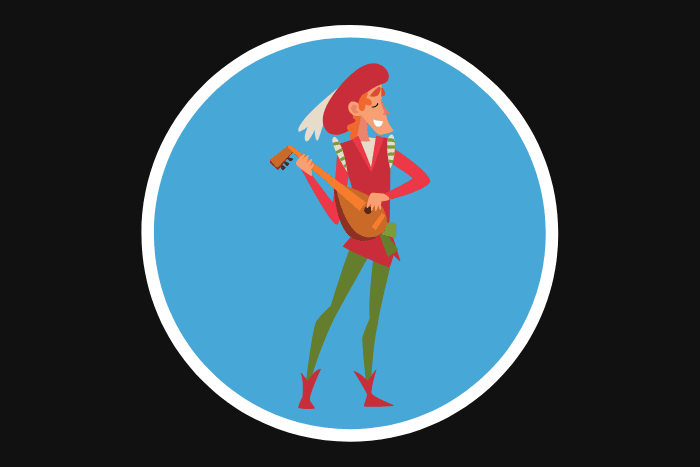 Musicians are masters of using similes to express emotions and paint pictures for the listener.

Let’s take a look at a few popular examples.

(Feel free to sing along if you’ve got rhythm… And even if you don’t).

Rapper’s Delight by The Sugarhill Gang

But we like hot butter on a breakfast toast.

To be clear, they are not saying that they like butter on their toast…though they may.

Let’s get this party rolling with even more examples of similes in music?

And baby all I need for you to know is

I’ll only fly away

Burning through my darkest night

You’re the only one that I want

Think I’m addicted to your light

It’s My Life by Bon Jovi

I just want to live while I’m alive

A Hard Day’s Night by The Beatles

It’s been a hard day’s night, and I been working like a dog

Will make me feel alright

Candle in the Wind by Elton John

And it seems to me you lived your life

Never knowing who to cling to

When the rain set in

And I would’ve liked to know you

But I was just a kid

Your candle burned out long before

Your legend ever did

In touch with the ground

I’m on the hunt I’m after you

Smell like I sound, I’m lost in a crowd 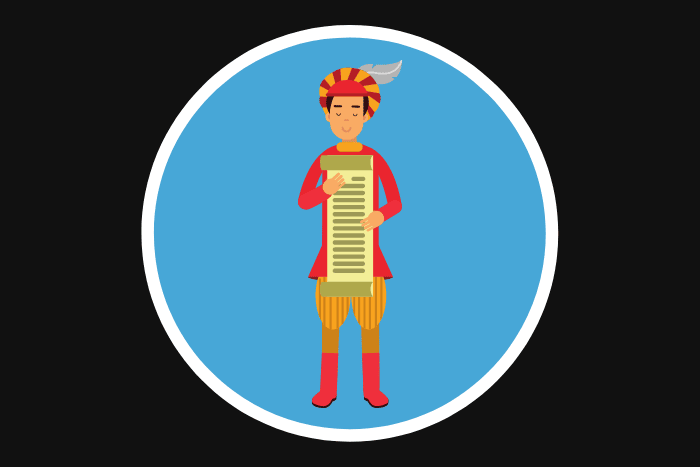 Poetry is a great place to use similes when you want to paint evocative pictures for your reader.

When people discuss similes and poetry, A Red, Red Rose by Robert Burns is an often-used example.

Read how Burns compares his love to a red rose and, later, a sweet melody:

O my Luve is like a red, red rose

Let’s explore a few more examples of similes in poetry:

I wandered lonely as a cloud

That floats on high o’er vales and hills,

When all at once I saw a crowd,

A host, of golden daffodils;

Beside the lake, beneath the trees,

Fluttering and dancing in the breeze.

What happens to a dream deferred?

Does it dry up

Or crust and sugar over-

Or does it explode?

A Birthday by Christina Rossetti

Whose nest is in a water’d shoot;

Whose boughs are bent with thickest fruit;

Spring is Like a Perhaps Hand by E.E. Cummings

out of Nowhere) arranging

a window, into which people look (while

carefully there a strange

thing and a known thing here) and

How I wonder what you are

Up above the world so high The beloved movie Forrest Gump has one of the most famous similes EVER:

Life is like a box of chocolates. You never know what you’re gonna get.

There’s a similar line from The Last Don, based on the book by Mario Puzo (the guy that wrote The Godfather):

Life is like a box of hand grenades. You never know what will blow you to kingdom come.

Each of these similes is saying the same thing:

We don’t know what life has in store for us.

But by comparing life’s unknowns to chocolates (and hand grenades), we get a more relatable and memorable message… Maybe not so much with the hand grenades, but you get the idea.

If you’d like a few more examples of similes in Film and TV, read on!

“Your voice is like a combination of Fergie and Jesus.”

The Grinch Who Stole Christmas

“You’re as cuddly as a cactus, you’re as charming as an eel.” 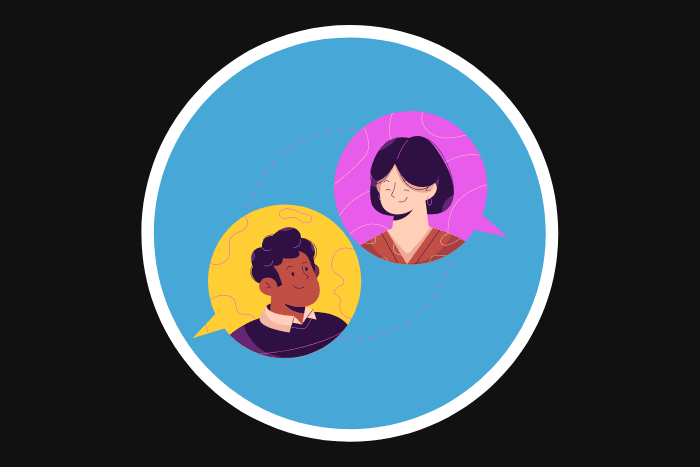 Our everyday speech is littered with similes. You probably don’t realize how frequently you use them because they’re as common as pig tracks in wet weather or as ticks on a junkyard dog.

Here are some common similes using as:

And let’s not forget these famous quotes about life and love that use similes to enhance their meaning:

Love is like friendship caught on fire.Bruce Lee
Love is like a faucet; it turns off and on.Billie Holiday
Love is like the wind, you can’t see it but you can feel it.Nicholas Sparks
Life is like riding a bicycle. To keep your balance, you must keep moving.Albert Einstein
Life is like writing with a pen. You can cross out your past but you can’t erase it.E.B. White
Float like a butterfly, sting like a bee. The hands can’t hit what the eyes can’t see.Muhammad Ali
Parents are like God because you wanna know they’re out there, and you want them to think well of you, but you really only call when you need something.Chuck Palahniuk
Why do you sit there looking like an envelope without any address on it?Mark Twain
A room without books is like a body without a soul.Marcus Tullius Cicero

Which Simile Examples Will You Use?

Similes are a powerful literary device to use in your writing and we hope these great examples inspired you.

Whether you’re writing a poem, memoirs, social media rants, or epic blog posts, similes help you paint a picture that pulls your reader into your story and makes your work a little more interesting.

Now that you’ve got all these examples in your writing arsenal, you’re poised to write some of your best work ever.

What similes are you excited to use in your next piece of writing?