What do Catch-22, The Colbert Report, and The Onion have in common?

They’re all examples of satire.

It’s a powerful literary device — though it’s a rhetorical device too, as it can be used in an attempt to persuade people to see your point of view.

While most writers aren’t engaged in full-on satire, plenty of stories (and even non-fiction articles) use elements of satire to make a point.

So what is satire, where did it come from, and how can you give it a try yourself? 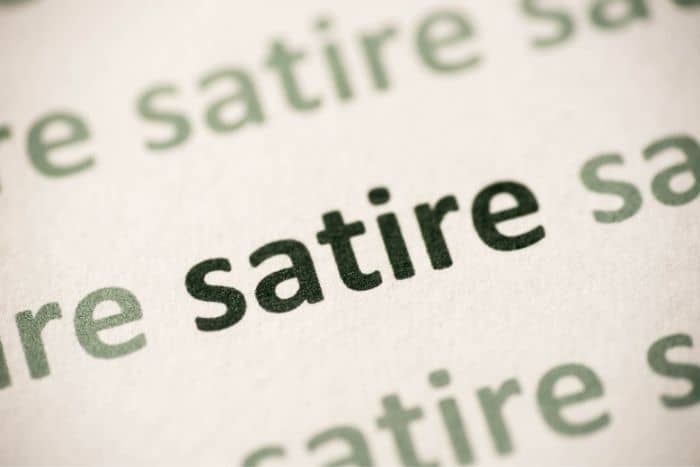 Satire is the use of exaggeration, irony, humor, or ridicule to point out the shortcomings or even vices of society.

It’s a way to criticize and expose flaws in ideas, individuals, and groups of people. Successful satire is often political in focus, but this isn’t a requirement.

The word “satire” was used by ancient Roman critics and writers.

Aristophanes was a Greek poet who wrote the earliest satires. His most famous work is Lysistrata, a satirical comedy where the protagonist, Lysistrata, convinces women to withhold sex until the Peloponnesian War (a war between the Greek states of Athens and Sparta) is over.

It ridicules the political order responsible for the war: the idea of women being able to end a war would have seemed ludicrous.

The 3 Types of Satire

Satire comes in different forms. Some satires are light-hearted and focus on being funny; others are much darker and more biting.

Here are the three key types of satire:

Horatian satire (named for the Roman satirist Horace) is playful.

It criticizes social vice through mild, light-hearted humor. It’s focused on identifying folly rather than outright evil. The narrative voice tends to be tolerant and witty.

Example: The Adventures of Huckleberry Finn, by Mark Twain (1884), pokes fun at religion, for instance, with the feud between the Grangerfods and Shepardsons.

Juvenalian satire (named for the Roman satirist Juvenal) is much more bitter and ironic than Horatian satire.

Example: A Modest Proposal (1729), by Jonathan Swift. This essay suggested eating babies to solve famine in Ireland. It was intended to mock the heartless attitudes of the rich towards the poor and also the way in which some genuine proposals seemed to regard the poor as commodities.

Menippean satire (named for the Greek Cynic philosopher Menippus) attacks mental attitudes and biases rather than specific individuals or groups. It tends to involve cheerful, intellectual humor and gentle ridicule.

Example: Alice in Wonderland (1865), by Lewis Caroll, subtly pokes fun at all sorts of ideas. For instance, the part where Alice struggles with her multiplication tables is actually having fun at the expense of abstract mathematics — her sums would be correct in base-18 instead of the base-10 we use.

We’ve already seen three satire examples, but let’s take a look at some further examples of satire in action so you can see just how varied it can be.

We’ll be covering everything from contemporary TV shows to classic novels. 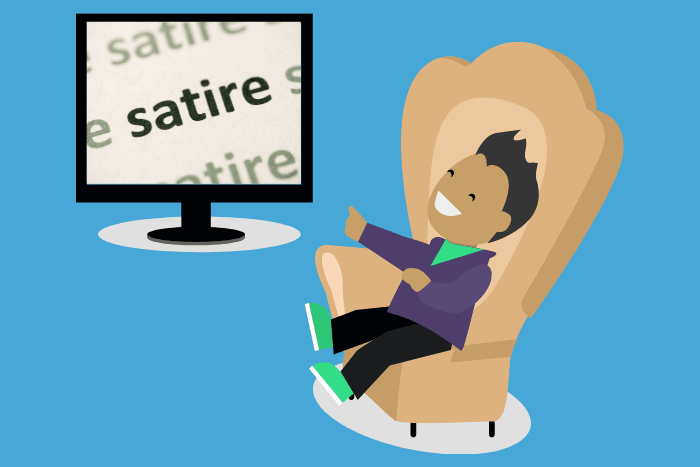 The Simpsons may not seem like a hotbed for satire at first glance, but it deftly satirizes everyday life.

Check out the “Standardized Tests” clip for a satire on the testing of children, with quotes like Superintendent Chalmers saying, “Your scores on this test will determine how much money this suck-shack gets for years to come.” 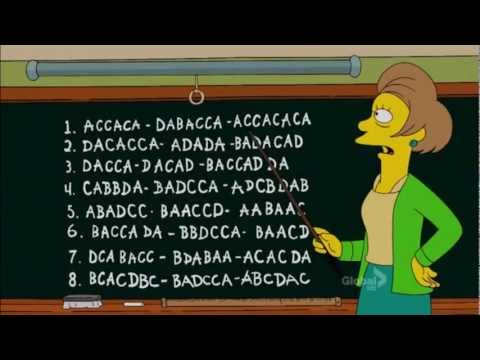 This animated sitcom series is well known for its profanity, dark and surreal humor, and its no-holds-barred criticism of controversial issues.

It satirizes a wide range of topics, including a number of religions, politics, and specific topical issues like immigration, the right-to-die, online gaming, the legalization of marijuana, the absurdity of social media and much more.

The visual style led to some people thinking it was a child’s cartoon in its early years, but it’s very much intended for a mature audience.

This black comedy, directed, produced, and co-written by Stanley Kubrick, satirizes the Cold War fears of a nuclear war between the US and the Soviet Union. Like a lot of satire, it has absurdist elements.

Based on the 1996 novel by Chuck Palahniuk, Fight Club takes aim at toxic masculinity, consumerism, capitalism, and a certain nihilistic Gen-X point of view.

If you’ve never seen the film (or read the book), be aware that there’s a big twist toward the end — watch it before you come across any spoilers.

Here’s a (spoiler-free) clip of Tyler Durden describing what he sees as wrong with the modern world, showing the film taking on consumerism: 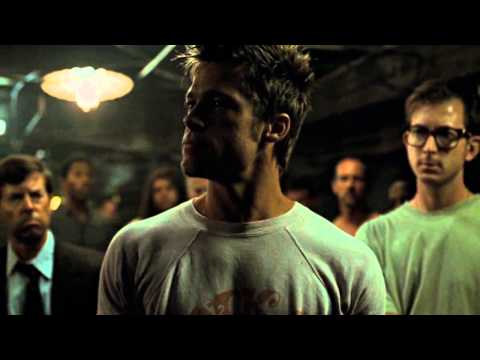 This comedy/horror film from Joss Whedon and Drew Goddard seems to stick blindly to horror stereotypes.

But all is not as it seems, and it soon becomes clear that the film is satirizing all-too-common horror tropes (and even our love for horror). I won’t spoil the film for you, but if you haven’t seen it, it’s well worth a watch — whether or not you’re a horror fan. 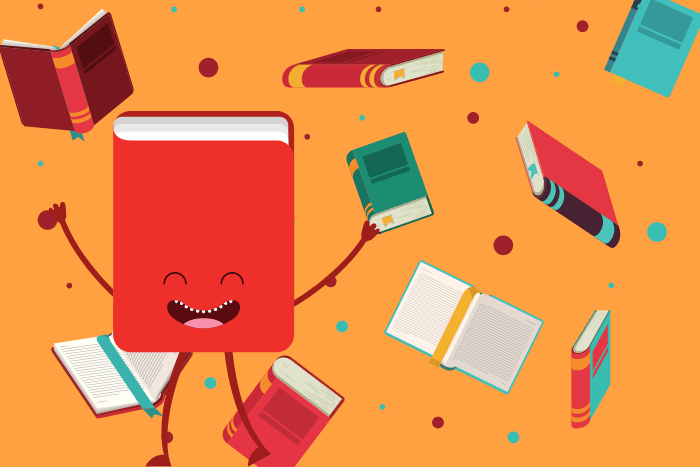 The eponymous Gulliver travels through various strange lands, starting with Lilliput, where he is held prisoner by tiny people less than 6 inches tall.

Swift mocks politics and religion in particular — taking aim at schisms in the church by depicting a bitter conflict between “Big-Endians” who persist in opening their boiled eggs at the large end, and “Little-Endians” who have switched to opening eggs at the small end. This satirized the Protestant-Catholic divide in the UK.

This dystopian science fiction novel has a futuristic society that exaggerates and satirizes elements of the real world: Huxley imagined how a highly state-controlled futuristic world might look. It depicts conformity, a caste system with genetically engineered babies, and a drugged, compliant population.

An anti-utopian satire, Animal Farm is a novella based on the Russian Bolshevik revolution.

It depicts a group of farmyard animals who overthrow their masters — but who eventually end up being ruled by an oppressive dictatorship of pigs.

This science fiction, anti-war, novel uses black humor, satire, and absurdity to cover broad themes like the second world war, the philosophical question of whether free will exists, and the inevitability of death.

This novel, told in the first person by serial killer Patrick Bateman, uses satire to critique capitalism and consumerism, in a similar way to Fight Club.

Due to its violence and explicit subject matter, it became one of the most banned books of all time. The 2000 film version established Patrick Bateman as a pop culture icon. 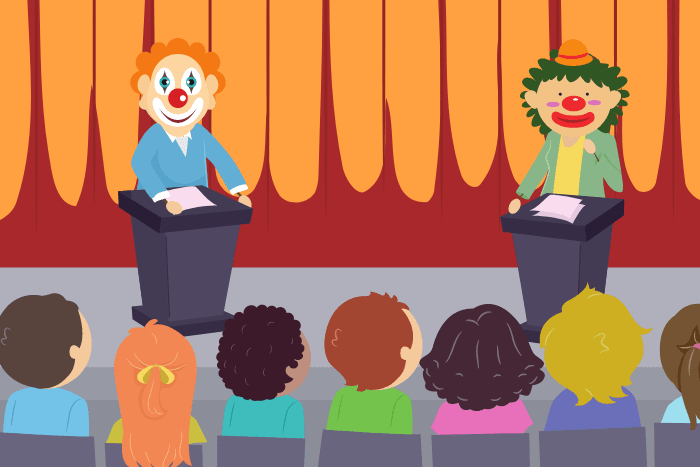 This late-night comedy show includes plenty of sketches that use satire to mock or comment on current events, contemporary politics, and society’s flaws. Not all their sketches are strictly speaking satire, some are just plain funny. 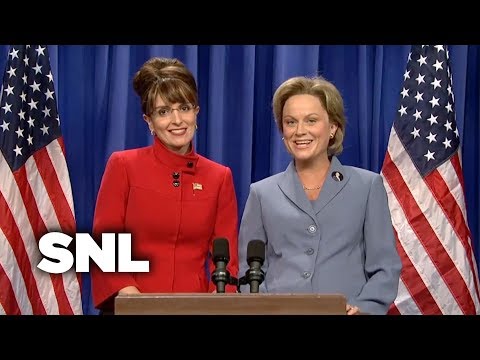 12. The Late Show with Stephen Colbert (US)

This late-night talk show includes satirical news at the start with a run-through of recent headlines (similar to The Colbert Report, the show’s precursor or The Daily Show with Trevor Noah).

This satirical online newspaper includes plenty of political satire examples, with articles like  “L.A. Mayor Prevents His Kid From Lazing About By Installing Spikes on Family Couch” — a reference to Mayor Eric Garcetti’s hostile architecture policies. There are also lots of articles that satirize human nature and people’s stupidity.

This classic political satire series ran from 1980 – 1982 and is still enjoyed today. It deals with the internal workings of a (fictional) government department, satirizing the way in which central government works.

Like many newspapers, US News publishes satirical political cartoons. These take aim at current events, prominent politicians, and the handling of issues like Covid.

The Difference Between Satire & Parody 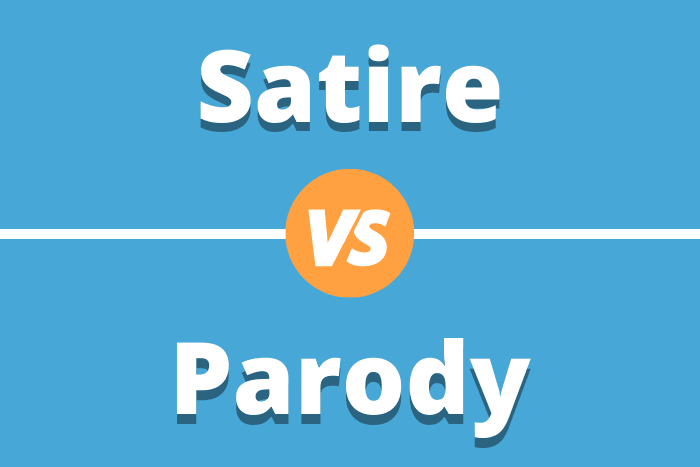 A satire pokes fun at or criticizes an individual, group, or way of thinking. It’s often political. It’s designed to bring to light a broader issue or problem in society.

A parody pokes fun at a particular literary work, artist, or genre.

Like satire, it uses hyperbole and humor. But it doesn’t attempt to comment on deeper themes or wider implications.

Of course, there’s some overlap between satire and parody.

The film Cabin in the Woods could be seen as a parody (of horror films in general) as well as being classed as a satirical horror film. But you can have parody without satire, and satire without parody.

How Can You Apply These Satire Examples to Your Writing?

Satire can be a great way to make a memorable point. It can push home an important message without sounding preachy or boring.

What types of satire would you experiment within your own writing?

You could take aim at a much-disliked trend in your niche through a satirical news story, for instance. Or you could use gentle satire to help your readers understand what they’re doing wrong.

You don’t have to write a full-on satirical post, like The Onion. Instead, you might look at ways to include exaggeration, witty humor, or ridicule in your writing.

Why not give it a try in your next post?