If you’re looking for colloquialism examples, then you’re in the right place.

Maybe you’re just now learning about colloquialisms, or maybe you’re a seasoned writer looking for ways to add flavor to your prose.

Either way, this post will define what colloquialisms are and provide plenty of examples to make it clear as day.

Quick question: When was the last time you enjoyed a story where all the characters spoke perfect, formal American English, regardless of their background?

Colloquial language makes characters and stories more interesting and, if their background is similar to yours, more relatable. Colloquial usage helps you, as a writer, build familiarity and trust with your readers.

Formal writing has its place. But you’re about to learn why sometimes colloquial expressions fit better.

Ready to learn how to have more fun with your writing — and to make it more fun for your readers, too? 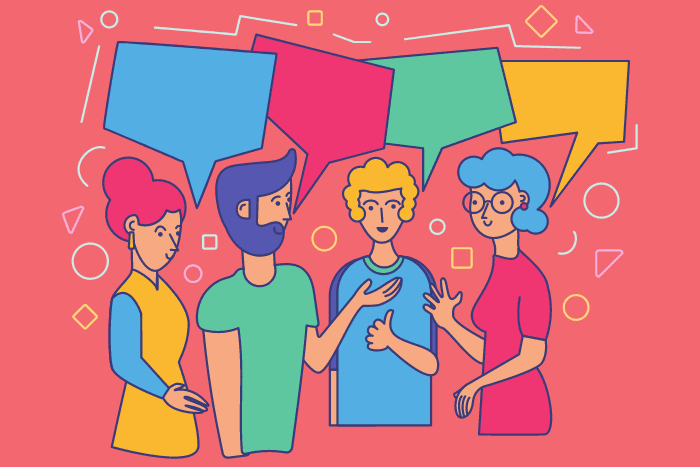 Most dictionaries define colloquialisms as words or phrases that are neither formal nor literary – meaning they are informal, unfancy, everyday language.

Typically, when discussing colloquialism (kuh-LOH-kwee-uh-liz-um), we’re talking about language specific to a designated country or region.

It’s the language most often used in informal situations between ordinary people. In other words, it’s how people talk in a casual conversation.

So, as a literary device, it helps make your dialogue sound more realistic.

Now that we know what we’re talking about, let’s deal with two things that often get mixed up with colloquialisms: slang and jargon.

Slang includes unique words, expressions (and even cliches) spoken in specific social groups (like teenagers), while colloquialisms are usually spoken by everyone in a particular geographic region.

A teenager might use a slang word like “swag” or “sick” to describe something that meets their approval, while older age groups in the same region typically won’t.

But a teenager is just as likely to use the phrase “pop” instead of cola, or “biscuit” instead of cookie if the people in their region do the same.

Jargon is mostly technical terms used by people in a particular profession; people outside those professions typically don’t use those words in everyday speech.

A doctor might use words like “idiopathic” and “iatrogenic” in a sentence with peers or even with patients, but most non-medical people will only use them when quoting a medical professional.

Yet, a doctor is just as likely to refer to diapers as “nappies” if that’s the colloquial word for it where she lives.

Even those who agree that slang words and jargon are generally distinct from colloquialisms, it is possible for words and phrases that start as slang or jargon to become part of a region’s colloquial vocabulary.

We’ve collected no less than 47 colloquial examples to illustrate its uses and to show how colloquial expression is part of both our everyday language and our most beloved literature.

Examples of Colloquialisms in Everyday Speech 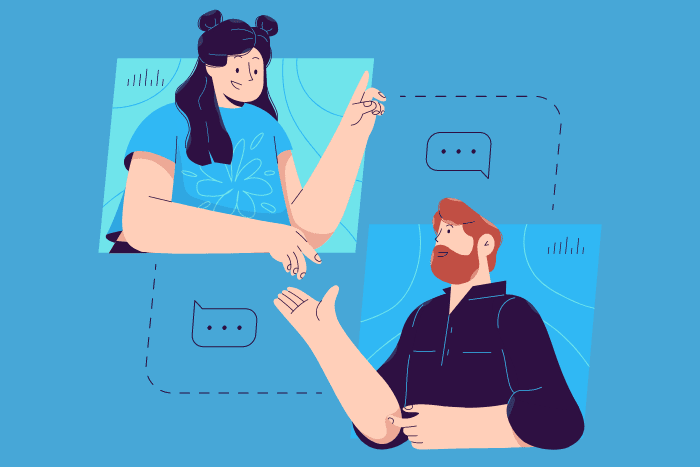 A statement qualifies as an aphorism if it expresses a truth in a pithy manner (think of Polonius in Shakespeare’s Hamlet).

Idioms — or idiomatic phrases — are colloquial by nature; their literal meaning cannot be deduced from the words that make them up (unlike aphorisms). And they’re unique to speakers of a particular language or dialect.

If completing a task is “a piece of cake,” we may surmise from this idiom that it wasn’t completely unenjoyable, but its meaning is also not self-evident.

The easier it gets for disparate communities to connect — over the phone or via the internet — the more likely it is that colloquial speech will spread to other regions and even worldwide.

Examples of Colloquialism in Literature 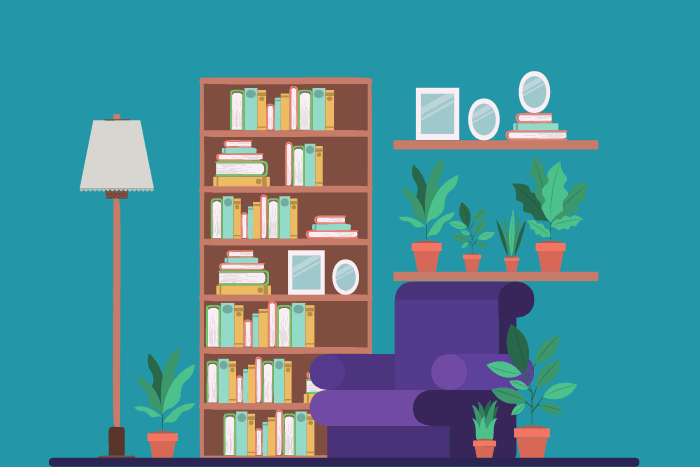 Some of the most enduring works of fiction use colloquial language to make their characters more believable and their stories more authentic.

Enjoy the following examples, and see if a few others come to mind.

To Kill a Mockingbird by Harper Lee (Southern U.S. vernacular):

“It’s not necessary to tell all you know. It’s not ladylike-in the second place, folks don’t like to have somebody around knowin’ more than they do. It aggravates ‘em. You’re not gonna change any of them by talkin’ right, they’ve got to want to learn themselves, and when they don’t want to learn there’s nothing you can do but keep your mouth shut or talk their language.”

Trainspotting by Irvine Welsh (mimicking the lilt of the Scottish accent):

“How can you tell what class I’m from?

With an ‘Olly in me mouth

Down me nose, wear an ‘at not a scarf

With me second-hand clothes.”

The Adventures of Huckleberry Finn by Mark Twain (Southwest Missouri):

“What’s the use you learning to do right, when it’s troublesome to do right and it ain’t no trouble to do wrong, and the wages is just the same?”

Vinegar-faced Joseph projected his head from a round window of the barn.

‘Is there nobody inside to open the door?’ I hallooed, responsively.

“Oh, oh, is it Aunt Edith?” sniffed Judy. “And it was me fine Edith that dragged her in and blew it all afore Brian and his fine lady wife, ye’re telling me? Sure it was like her. It’s a pity a liddle thing like that cudn’t av been hushed up in the fam’ly. And to punish the tinder-hearted cratur so cruel! Ye ralely ain’t wise, Long Alec. A bit av a tongue-lashing might av been all right but to kape on torturing the poor jewel for a wake and her that fond av ye all! It’s telling ye to yer face, I am Long Alec, ye don’t deserve such a daughter.”

Examples of Colloquialisms for Everyday Items

Ever had a moment when you referred to an everyday object by the name you’ve always used for it, only to have someone from another state or country give you a funny look before calling the item a completely different name?

Here are some of the most well-known examples:

Examples of Colloquialisms for People 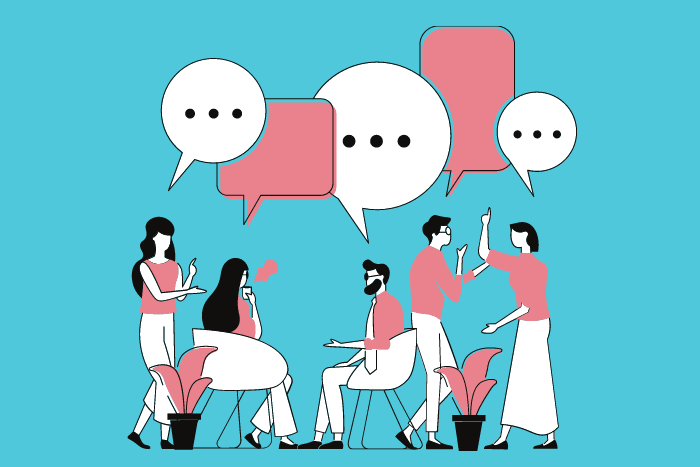 We have colloquial names for the people in our lives, too, along with colloquial ways of addressing them.

Check out the following examples and notice which ones stand out for you — either because you use them or because you’ve read them in a book.

Why Use Colloquialisms in Writing?

As writers, we’re always looking for ways to hone our writing skills, whether through books, online courses, or blog posts.

Inspiration is everywhere if you’re open to receiving it.

Listen in on other people’s (public) conversations to pick up on colloquialisms you can weave into your dialogue and character development.

That’s because real people use colloquialisms in everyday conversation, and believable dialogue reflects that reality to build a sense of familiarity in the reader. That familiarity makes it easier for connections to form.

And a connected reader stays with the story to its end.

That said, it’s worth pointing out that your grammar checker will often flag colloquialisms. Words like “ain’t” and “innit” might fit your story’s dialogue just fine, but Grammarly will still call it out.

How Will You Use Colloquialism Examples in Your Own Writing?

Now that you’ve looked through all the examples in the list above, can you think of colloquialisms you’ve used in your work?

Think about why you used them, as well as what goes through your mind when you find colloquial language in a piece you’re reading.

As mentioned earlier, writers use colloquialisms in their writing because real people use them in everyday speech. And real readers like to find something familiar and authentic in what they’re reading.

So, how will you use colloquialisms in your next story?

Sarah Lentz is a certified freelance writer and published author who blogs about health and beauty for women in their 40s and up. She also enjoys helping clients turn their ideas into ghostwritten books and blog posts.

Sarah Lentz is a certified freelance writer and published author who blogs about health and beauty for women in their 40s and up. She also enjoys helping clients turn their ideas into ghostwritten books and blog posts.