Looking for archetype examples to make your writing more vivid?

Ready to create spell-binding characters that your readers can’t forget?

Then you’ll love what’s ahead!

Now, archetypes are an elemental tool for your writing because they help you create vibrant characters that are still relatable and realistic.

So if you’re ready to take your storytelling to new heights, we’ve gathered 15 examples of archetypes to help shape the heroes, lovers, and outlaws of your next tantalizing tale. 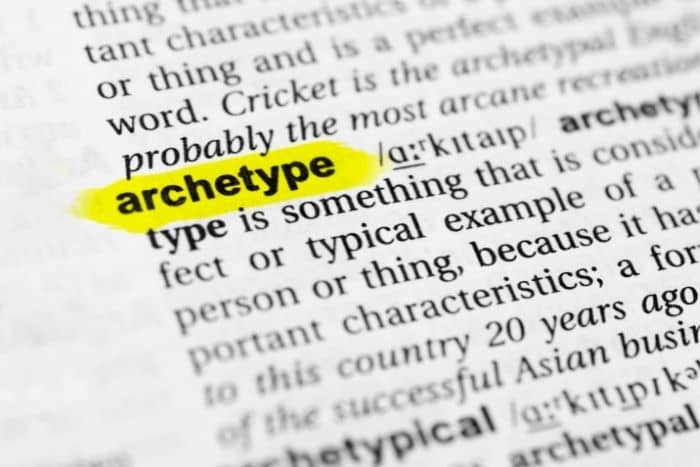 What is an Archetype?

An archetype is a literary device used to create characters that have specific qualities and behaviors.

Readers identify with and relate to these characteristics because they have expectations for each character type. When the reader’s expectations are met, they are more invested in the storyline.

The Origins of Archetype

Now, Jung believed all humans are born with and share an unconscious collection of knowledge and imagery.

And because we all have these patterns in our subconscious, we recognize these archetypal figures when we see them and know what characteristics define them.

Archetypes in Writing and Storytelling

In the context of writing and storytelling, archetypes help writers craft interesting stories that hit readers on a primitive level.

3 Types of Archetypes with Examples 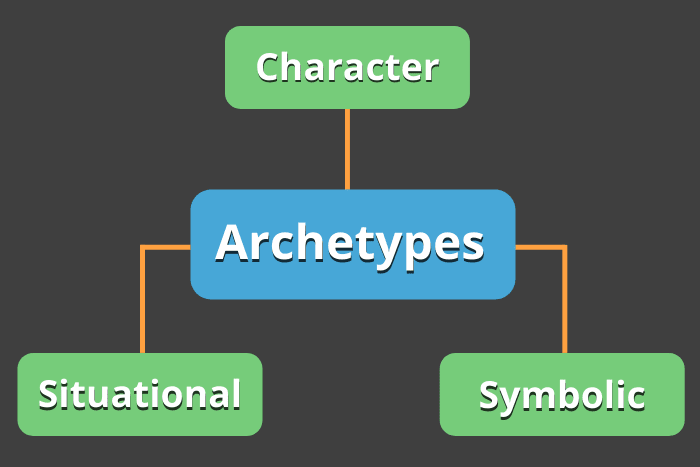 There are three kinds of archetypes used in storytelling.

Let’s look at each.

Character archetypes are the most common type of archetypes used in literature.

Each character fills a specific role in the story.

Situational archetypes are circumstances commonly used in many genres and stories.

Symbolic archetypes are objects or locations in a story that represent (or symbolize) something deeper.

For example, light versus dark symbolism might represent a good versus evil storyline.

The author may introduce the hero of the story in a setting that is bright and airy, like an outdoor scene on the beach or in a sunny garden.

The villain of the story may make their debut in a dark setting, like an alleyway outside a seedy bar late at night.

The light and dark backgrounds are symbolic of each character’s nature.

The 12 Archetypal Characters with Archetype Examples from Literature, Pop Culture, and More

Up next is our easy-to-follow list of archetypal characters.

Now, each of these characters comes with its own set of archetype examples from literature, film, TV, and advertising to help cement your understanding of archetypes.

These examples are just a small sample of what’s out there.

In truth, whether you are writing the next Great American Novel or drafting a brand archetype for your business, there are many ways you can use archetypes to tell a story.

The Lover archetype is passionate about creating a connection with their heart’s desire, no matter the cost. 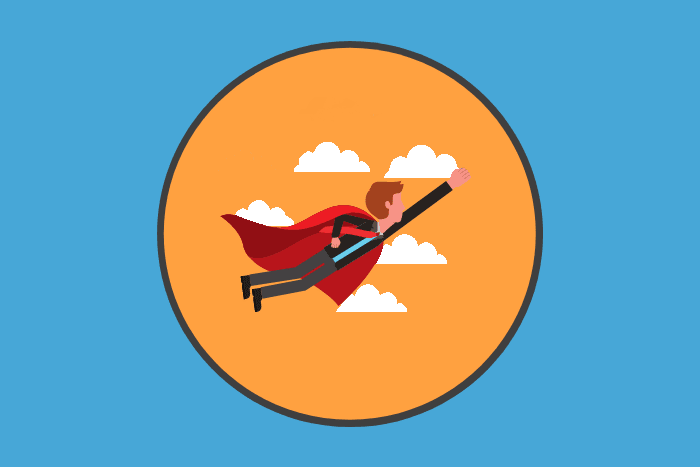 The Hero archetype overcomes multiple challenges, internal and external, to get justice and save the day. They usually have mastery of a skill, though it may be undeveloped.

The Outlaw archetype is a rebel, with or without a cause. They don’t conform to the status quo or societal expectations. They always question authority. 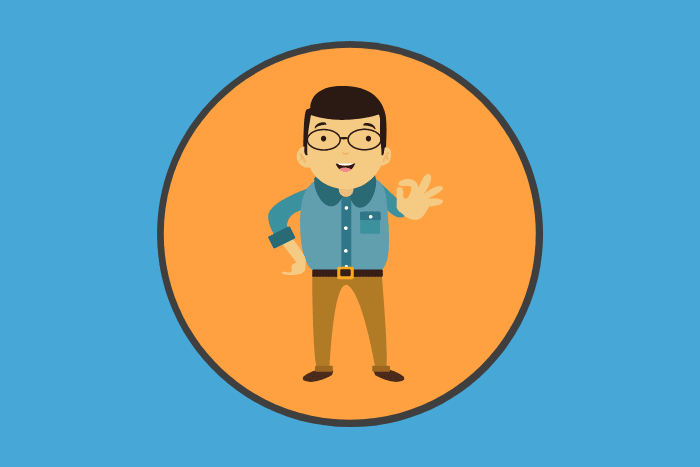 The Everyman archetype is the friendly, guy-or-girl-next-door who just wants to belong and has a pretty simple life.

The Ruler archetype is the one with the power over others, be it emotional, financial, legal, or political. They may use their power for good or evil. 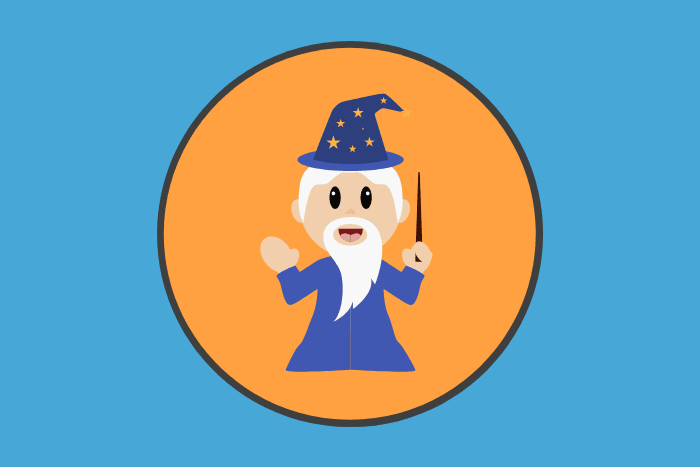 The Magician archetype is the enlightened, mystical power figure who makes dreams come true. They offer a journey of transformation where the ordinary becomes extraordinary.

The Innocent archetype is pure of heart with intentions that are always good, never evil. They believe the best of others, even when faced with evidence that says otherwise. 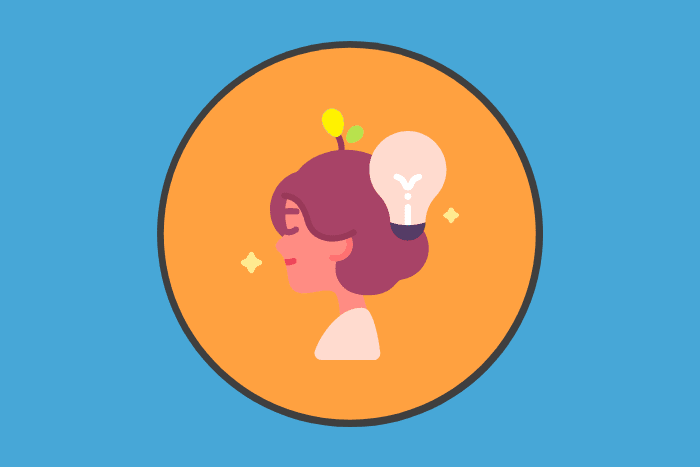 The Sage is the wise one, the mother figure, or the mentor archetype. They are the guide for the lead character.

The Caregiver archetype is selfless, watching out for and taking care of everyone else. 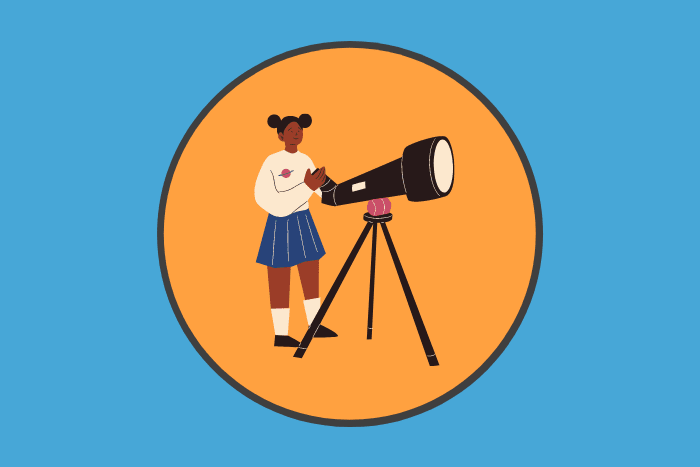 The Explorer is the archetypal character who is always ready for adventure. They have a core desire to explore the unknown, no matter the danger.

The Jester archetype is the funny guy that makes everyone happy. He provides comic relief in tense situations or is sometimes the one to point out the universal truths in the storyline. 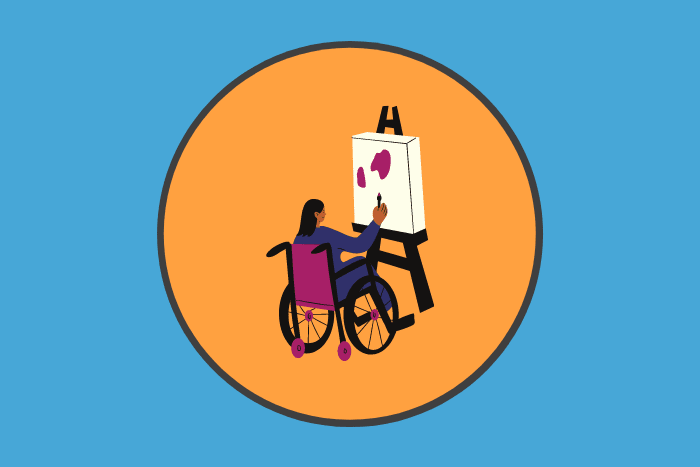 The Creator archetype is the visionary or artist who thrives on creating new art or things that bring value and beauty to the world.

There are some literary terms similar to archetypes, but they mean different things. The differences between them are not always obvious and sometimes they overlap.

Stereotypes are overly simplified, general, and usually negative characteristics applied to a group of people.

The “dumb jock” stereotype is one such example.

Think of Stifler from the American Pie movies or Andrew Clark in The Breakfast Club.

You can describe a stock character in one sentence and people will know exactly what kind of character you’re talking about.

Often, they are not central to the plot but writers sometimes include them to be a foil for the main character or to move the storyline forward.

Examples would be the Absent-Minded Professor like Dr. Daniel Jackson in Stargate or Dr. Marcus Brody from Indiana Jones and the Last Crusade.

Tropes are common elements of writing used so often in stories that readers come to expect them.

Each genre has its own expected tropes.

The deeply troubled lead detective in a mystery novel is a common trope. Think of Philip Marlowe in Raymond Chandler’s novels or Harry Bosch in Michael Connelly’s books.

Cliches are ideas or details used so often they’ve become boring or ineffective.

Think of the Damsel in Distress who needs to be rescued, like Honey Rider in the James Bond movie Dr. No, or Olive Oyl in the television cartoon, Popeye.

Importance of Using Archetypes in Writing 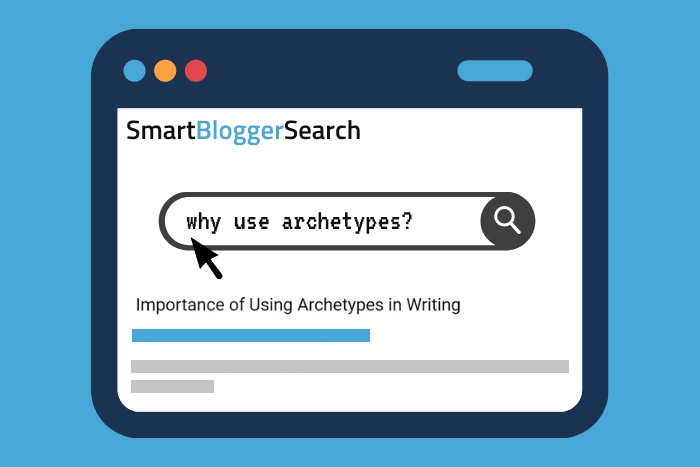 1. To Aid in Character Development

You can use archetypes in many ways, but the most common is an outline or framework for character traits.

If you know how your person acts, thinks, feels, etc., when it comes time to write, you have something concrete with which to work. You don’t have to create your character from scratch.

You know what qualities and characteristics your characters have.

Now you can dive into the story.

Use situational and symbolic archetypes to get your creative juices flowing and craft something unique that captures the reader’s attention.

3. To Help Your Readers

Archetypes work so well because readers identify with them without realizing they’re doing so.

When you create a character from the Hero archetype, readers have a general idea of what they can expect from that character.

That leaves them free to focus on the fictional world you create to entertain them.

Rather than taking away the mystery of what will happen, archetypes enhance the reader’s experience so they can more fully immerse themselves in the unique details that make your story special.

Did These Archetype Examples Inspire You?

Archetypes help your story stand out.

And with the glut of content in today’s busy and connected world, you need an edge to get noticed.

Use these archetypes to create characters that hook your readers and keep their attention, whether it’s in your first eBook or a blog post for your business.

So, what do you think?

Is it time to add some character to your writing?

Which archetypes will you use first?