But here’s the big question:

Do you actually deserve more traffic?

Traffic only comes to those who truly commit to understanding how to get it and then, implement what they’ve learned.

And that means becoming a traffic expert – learning more about the subject than almost any of your blogging peers.

Good. That’s what stops just anyone becoming a guru.

The good news? It’s not nearly as hard as you might think — if you know what to study.

That’s why I’ve assembled this collection of the best posts on traffic we’ve ever published.

Study these and you will transform into a bonafide blog traffic expert in record time. 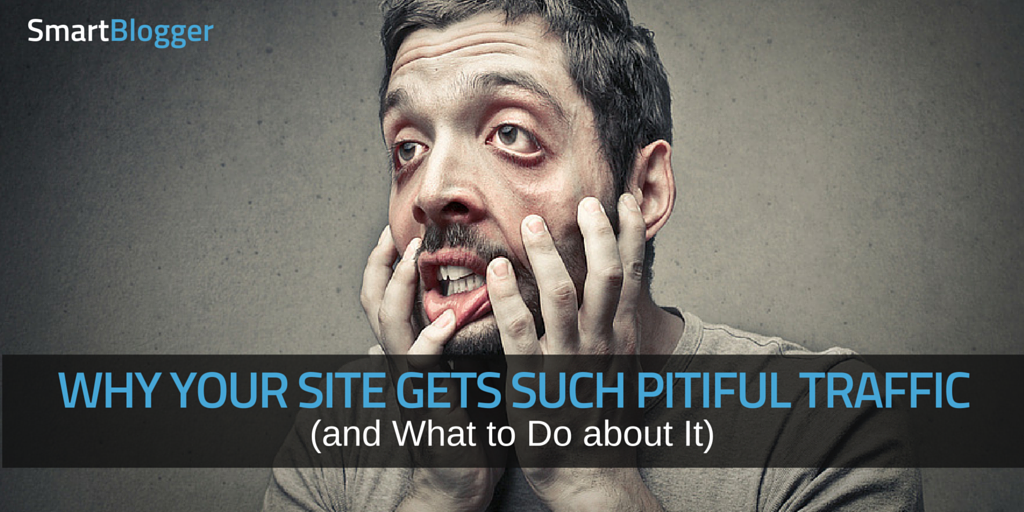 Let’s be honest; Jon isn’t exactly famous for pulling his punches. He’s in blistering form in this post which lays bare the ten reasons you’re not getting the traffic you think you deserve for your blog. Uncommon insight – check. Hard truths – check. Mindset realignment – check. Oh, and he says “fart” in the opening paragraph. What more could you want? 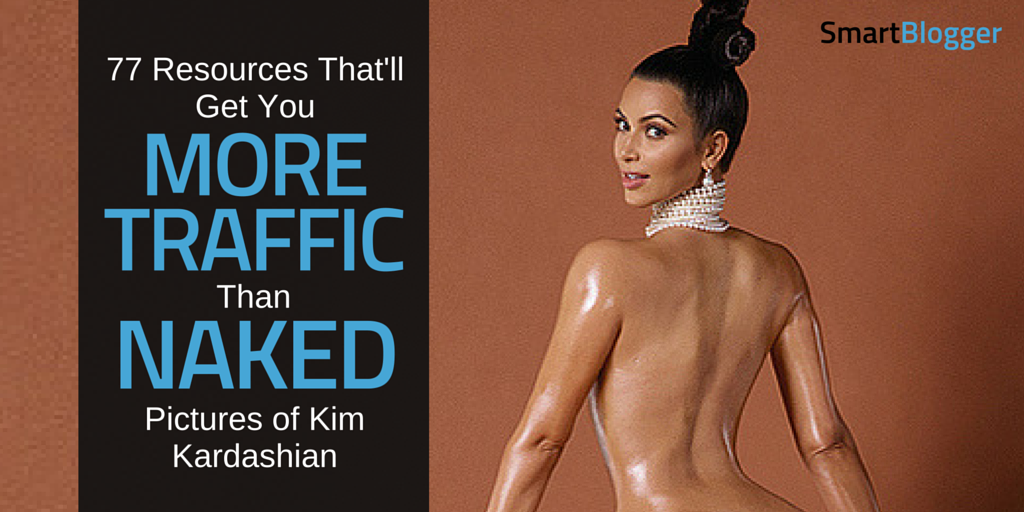 It’s hard to tell which is more obviously attention-seeking – the headline of this post by Philip Kleudgen or Mrs. Kanye West herself. But once the author’s won your attention, he quickly proves that there’s substance behind his showy tactics with this carefully curated monster list of quality traffic resources. While it’s true that sometimes less is more, other times, more is more. (I’m sure Kim would agree.)

Case Study: How to Increase Your Traffic by 226% in Just 60 Days 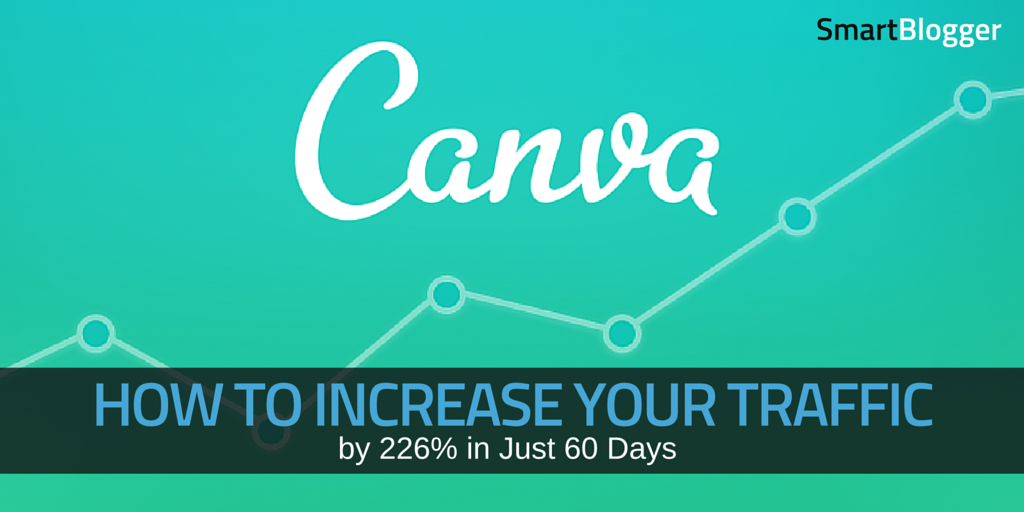 You’ve heard of Canva, right? They’re the guys that made it possible for design-challenged, Photoshop-allergic writer types like me (and possibly you) to create attractive web graphics for our posts. Well, it turns out they know a thing or two about traffic. This post gives you an insider view on the valuable lessons the fine folks at Canva learned when they more than tripled their blog’s traffic in just two months. So, not just a pretty face then.

11 Traffic Techniques That Are a Waste of Time for Beginners 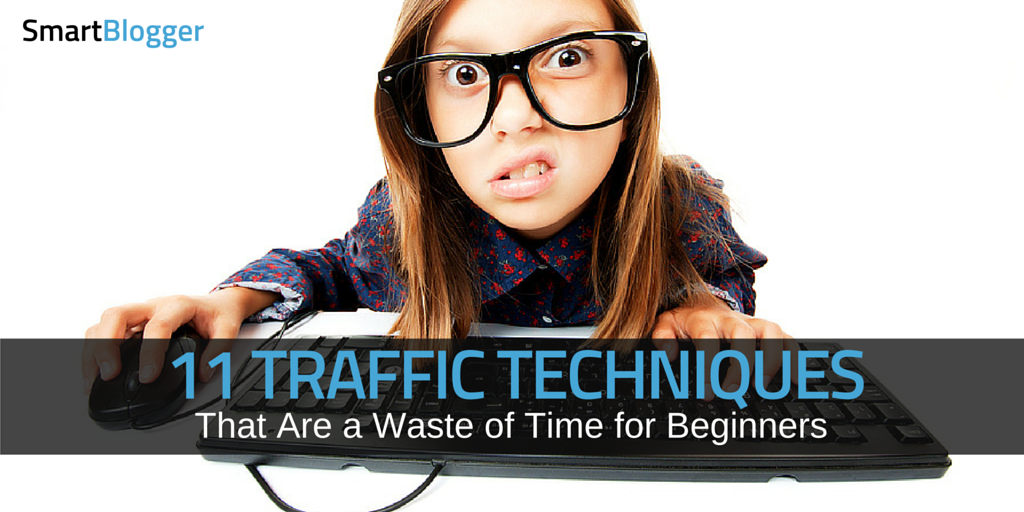 Here’s quick riddle. Question: When is a good traffic tactic not a good traffic tactic? Answer: When you use it at the wrong time. You see, though it’s far from obvious, different techniques are effective at different stages of your blog’s growth. (And some techniques are never really effective.) Jon’s post names and shames the techniques that hopeful beginners are likely to try but will almost never produce worthwhile results. You’d better check you’re not doing any of these. 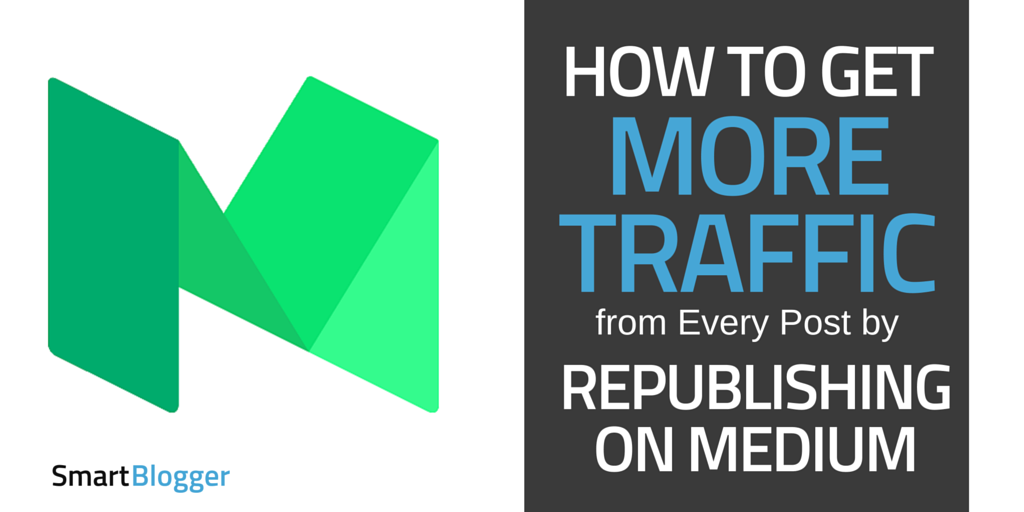 Can I ask you a weird question? Is your content lazy? Because some content barely lifts a finger. It just sits there, attracting the occasional comment and idling while waiting for Google to send some traffic. But it doesn’t have to be this way. Republishing your content on a popular platform like Medium can make your content sweat from day one. Which means more traffic without creating more content. Cool, huh? Of course, you need to know how to get the best from the platform. Fortunately, it’s all covered in this guest post by Chelsea Baldwin. 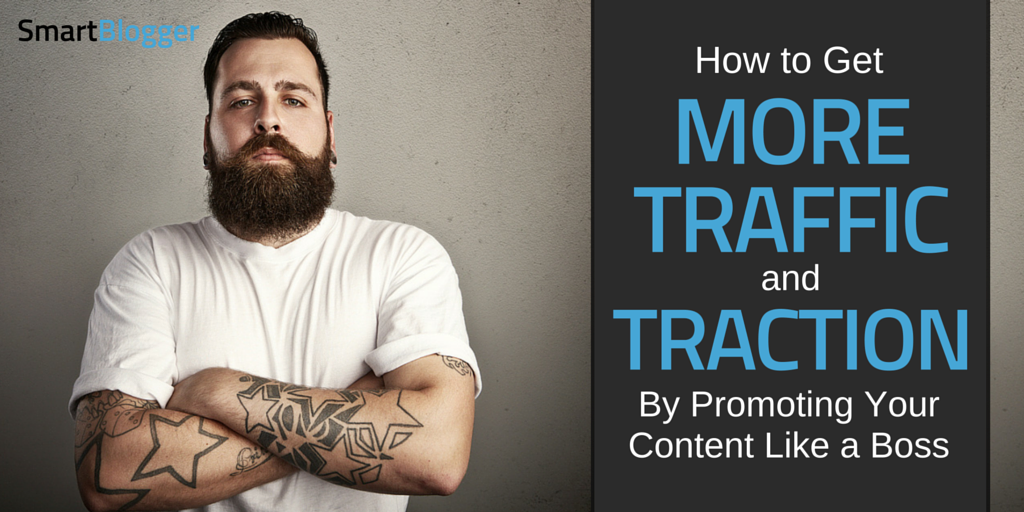 In magic blogging fantasy land, where herds of smiling unicorns tap out perfect posts on golden keyboards while butterflies look on in awe, no content promotion is required whatsoever. Instead, all content effortlessly attracts exactly the amount of attention it deserves. But here in the real world, even great content needs promotion. This guest post by Andy Crestodina shows you how to promote the ever living crap out of your content, unicorns be damned. 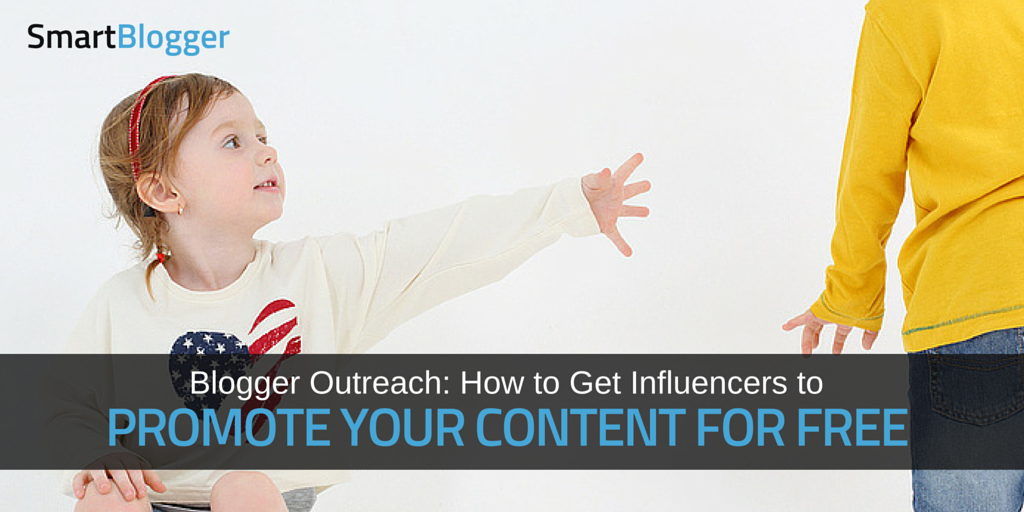 In blogging (as in life) it’s not what you know that leads you to success, it’s who you know. Frustrating but true. But if persuading popular bloggers to promote your humble content to their humongous audiences seems like a crazy dream, it just means you haven’t read this guest post by Brian Dean’s yet. He distils the potentially terrifying process of outreach to a simple-to-follow strategy even the shyest blogger can follow.

An Open Letter to Bloggers Struggling to Get More Traffic 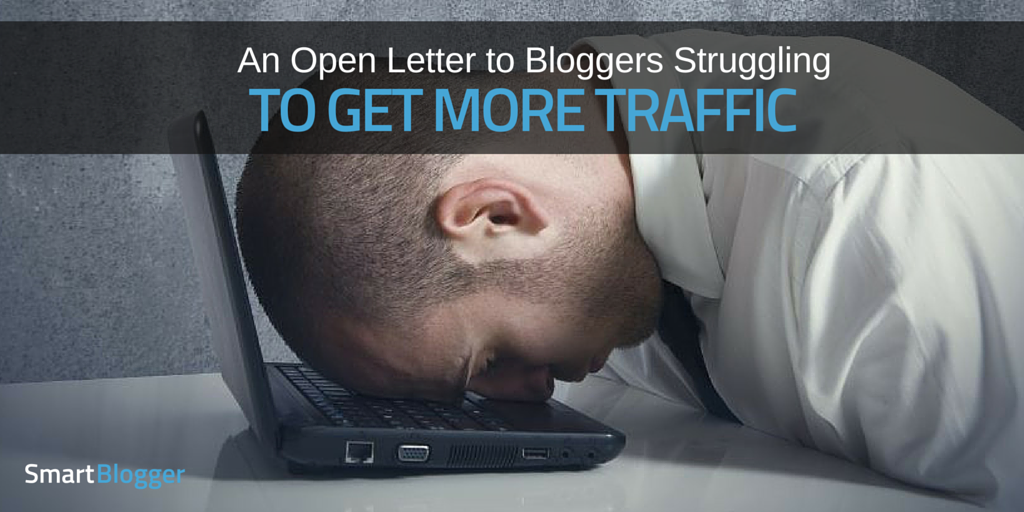 It’s tough to hear, but some blogs don’t have a hope in hell of getting more traffic. You can work your ass off, create great content, promote it like crazy – basically doing all of the “right” things – and it doesn’t make the slightest difference. Why? Because at its core, it’s fundamentally flawed. Maybe it’s the topic. Maybe it’s the audience. Maybe it’s something else. But whatever it is, you’d rather find out sooner rather than later, right? Jon’s post reveals seven tests your blog must pass or be doomed to fail. 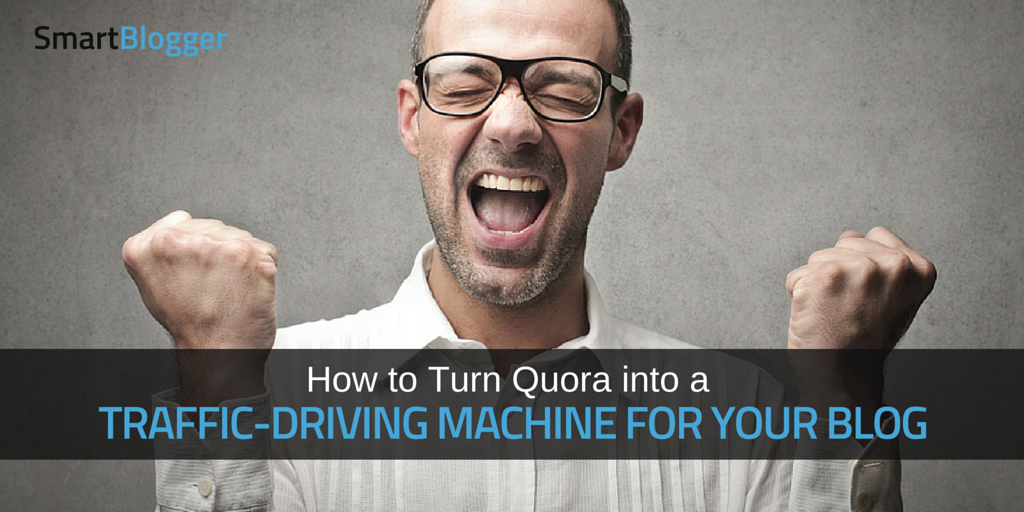 You know Quora, the Q&A site which invites you to tackle the questions you’ve been itching to answer (and a good number you haven’t)? Well, it can be a surprisingly good source of blog traffic – if you know what you’re doing. Fortunately, Imran Esmail is the perfect guide to becoming a traffic-savvy Quoran – after all, his answers have attracted over one million views on the platform. Use his strategy to divert traffic from this popular platform to your own blog.

10 Simple Twitter Tactics That Will Get You More Traffic Today 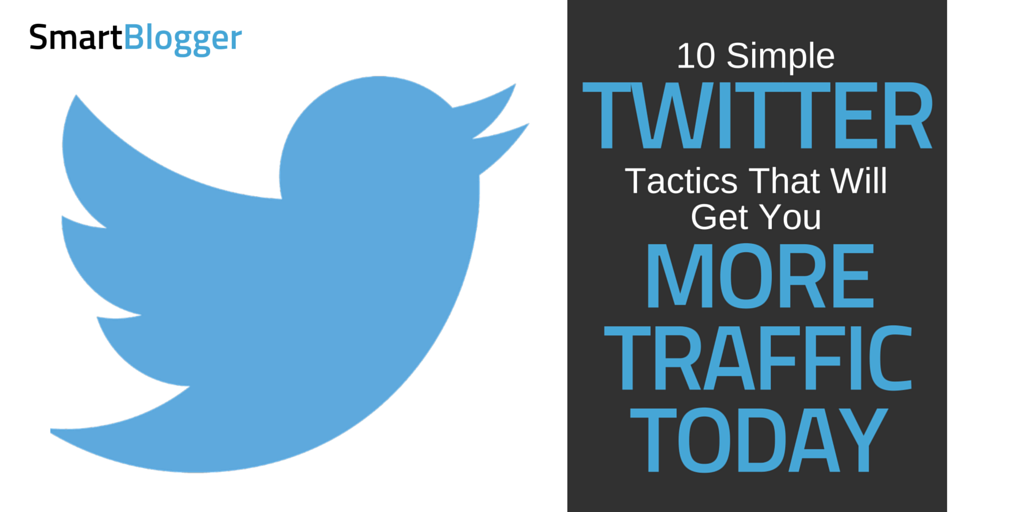 So here’s the thing, when you’re starting a blog, building a following on social media often isn’t the best use of your time. But if you already have a following on, say, Twitter, you’d be crazy not to use it to generate traffic for your blog. And as a smart blogger, you’ll naturally want to focus on the tactics that bring you the most traffic. In that case, Brian Honigman has you covered in this post about exploiting the true traffic potential of the little blue bird.

What’s That? You Want to Learn Even More about Traffic?

So there it is. An entire education in traffic generation in just ten posts.

Read them all and you’ll soon know more about traffic than 99% of your blogging peers.

Read even a handful and you’ll be overflowing with ideas about how to attract traffic to your own blog and eventually monetize your blog.

And if you’re still hungry to learn more about traffic – maybe you’d like to discover the perfect traffic strategy for you – keep an eye on your inbox over the next couple of weeks.

In the meantime try to not to lord your newly acquired traffic expertise over your fellow bloggers too much.

Nobody likes a know-it-all. 😉

Glen Long was Managing Editor and Product Director at Smart Blogger before starting his own business helping people create kick-ass online courses. To discover if courses are right for you, take his rather nifty quiz.