Looking to jazz up your writing?

That’s where the Rule of Three comes in handy. It’s a neat little writing principle that’s easy to apply once you get the hang of it.

Don’t worry, if this is as mysterious as a cat to you, you’ve come to the right place.

I’ll explain the Rule of Three (or the Rule of Thirds), why the technique works, and how to use it. We’ll also look at 60+ examples, so you can see exactly what I’m talking about.

See No Evil, Hear No Evil: What IS the Rule of Three?

In writing, the Rule of Three is the idea that groups of three words, phrases, or ideas are more engaging, effective, and memorable.

Science has determined that the human brain is wired for pattern recognition. And studies show that a person’s short-term memory (“working memory”) generally holds no more than 3-5 things at one time.

Patterns help people process information quicker and retain it longer. And since three is the smallest number needed to make a pattern, using this magic number helps ideas stick in your head.

The ancient Japanese proverb “See no evil, hear no evil, speak no evil” is a well-known phrase. So when you see the title of the 1989 comedy “See No Evil, Hear No Evil,” your mind automatically wants to finish the sentence — because the three-part phrase is “sticky.”

Or, as the Latin phrase Omne trium perfectum states: “Everything that comes in three is perfect.”

Socrates, Plato & Aristotle Walk into a Bar: Who Invented the Rule of Three? 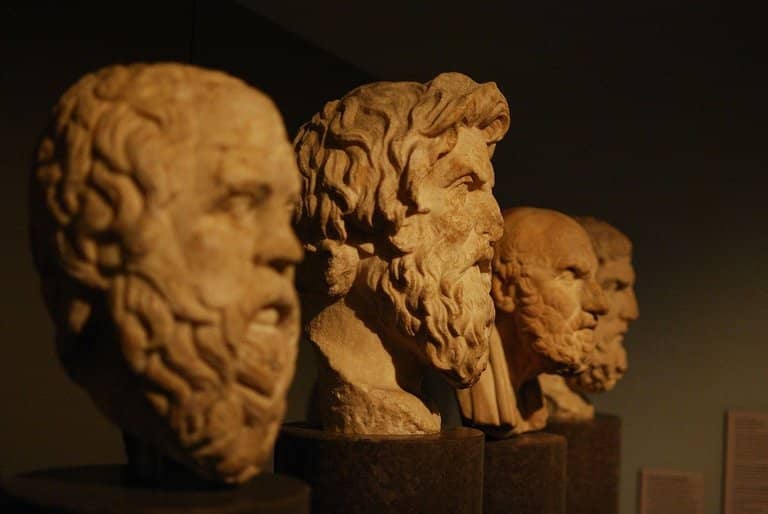 If you said the Greek philosopher Aristotle, you’re right.

Aristotle noticed that people find it easiest to remember 3 things. And he expanded that observation in the discourse “Rhetoric,” where he divided persuasive writing (and speaking) into 3 main areas:

According to Aristotle, a person’s ability to persuade others depends on how well they can appeal to each area of this “rhetorical triangle.” 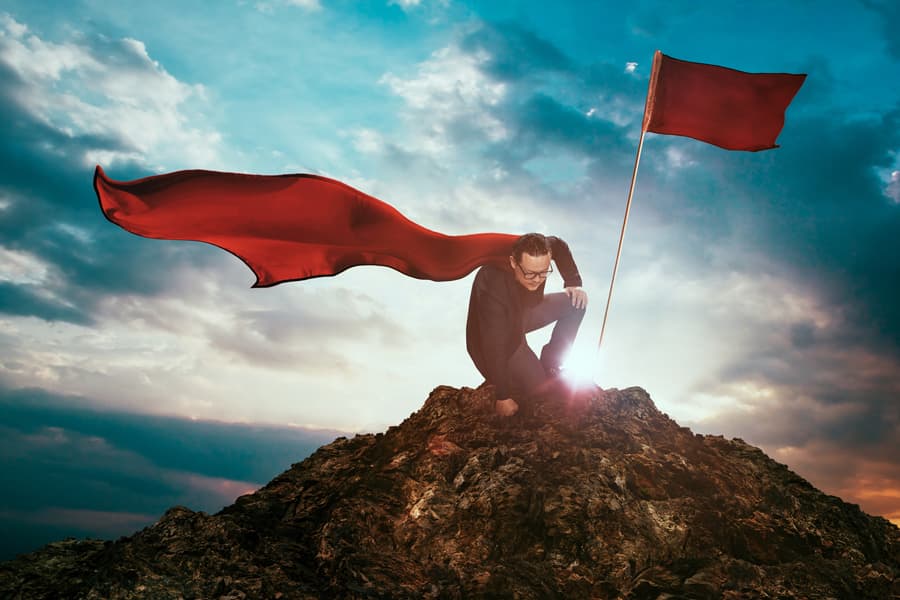 So what makes the Rule of Three so powerful, especially in content marketing, copywriting, or other forms of persuasive writing?

Well, we’ve seen that it establishes a pattern, which the brain likes.

Using the magic power of three in writing also builds a solid structure for our thoughts to latch onto.

Want to emphasize a key idea?

Divide it into 3 bullet points.

Want to surprise an audience?

Use the Rule of Three, but break the pattern (more on that in a minute...).

Bottom line, the Rule of Three in content marketing anchors ideas into the brain. Like gum on a brand-new shoe, the words stick. 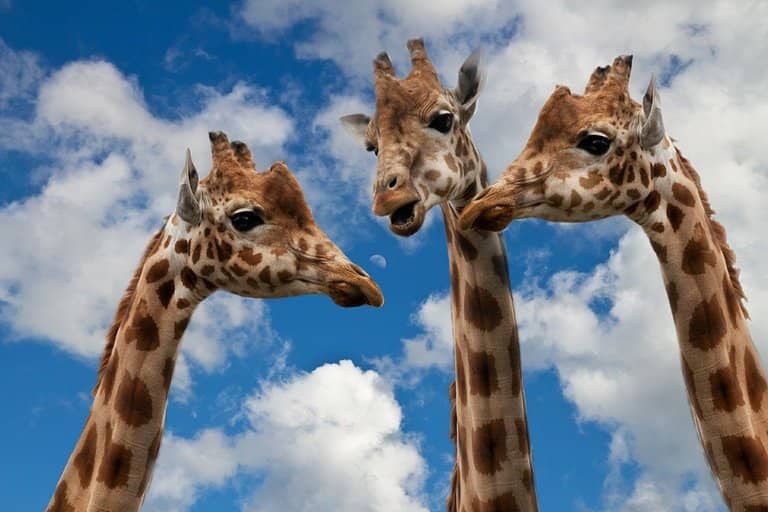 You can find the Rule of Three here, there, and everywhere. And to prove my point, here are 30 examples: 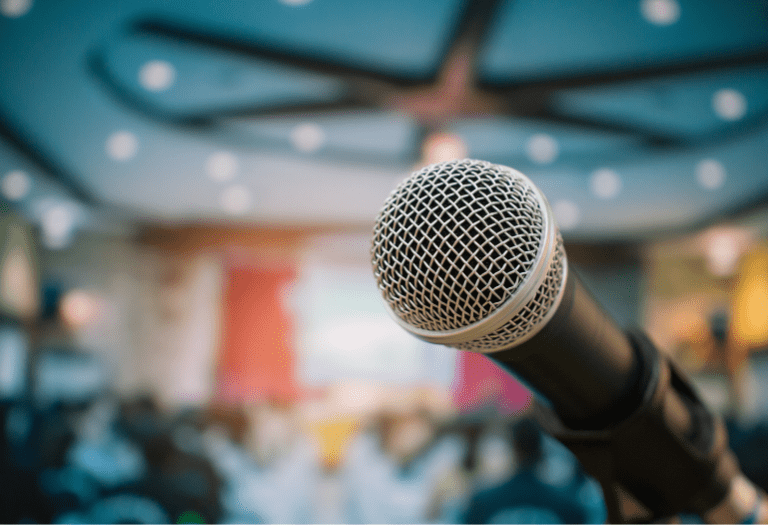 And here are some famous (and memorable) speeches that use the Rule of Three technique.

An Englishman, an Irishman & a Scot: The Comedy Rule of Three

Comedians use the Rule of Three to get a laugh. They start with the set-up, build anticipation, then break the pattern to surprise their audience with the punchline.

See if you can identify the 3-part structure in these jokes:

Learn, Practice & Master: How to Use the Rule of Three 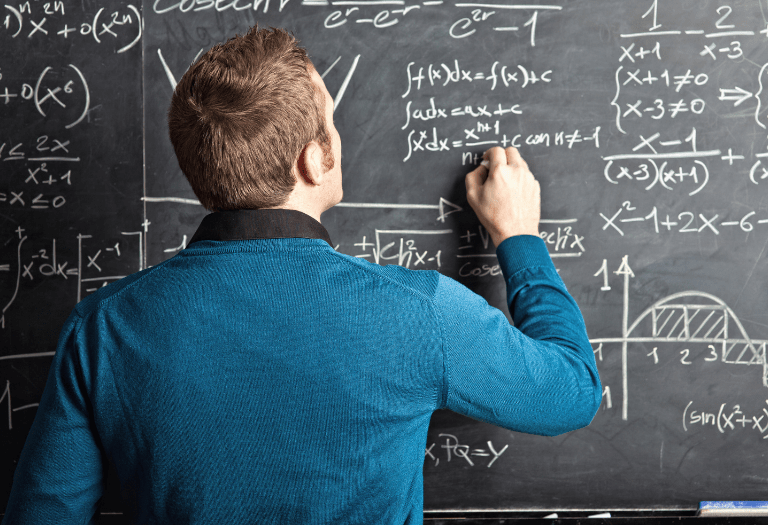 So let’s get down to the nitty-gritty. How do you actually work the Rule of Three into your writing?

Things That Come in Three: How to Write in 3 Parts

Whether you’re screenwriting or crafting a product launch, the rule applies: The beginning sets the stage, the middle builds anticipation (or provides the bulk of information), and the end delivers either a satisfying resolution or a surprise in the form of a twist.

In content marketing, the beginning lets the reader know they’re in the right place and the end concludes with a call to action (resolution).

The middle, well, that’s the fun part. Because, when you structure your content with Rule of Three techniques, you can transform dry, mundane material into something memorable.

With this technique, you start with three main ideas. Then add evidence to support each idea, using stories, examples, statistics, quotes, etc.

If you have more than three main ideas, group your concepts into three big categories; then divide each category into 3 smaller categories. Keep dividing the categories into three pieces until all your points are easy to understand.

Finally, add your evidence — something for each point.

This technique gives your post a strong structure, especially when using lists and bullet points.

Check out these posts to see how they used the Rule of Three. 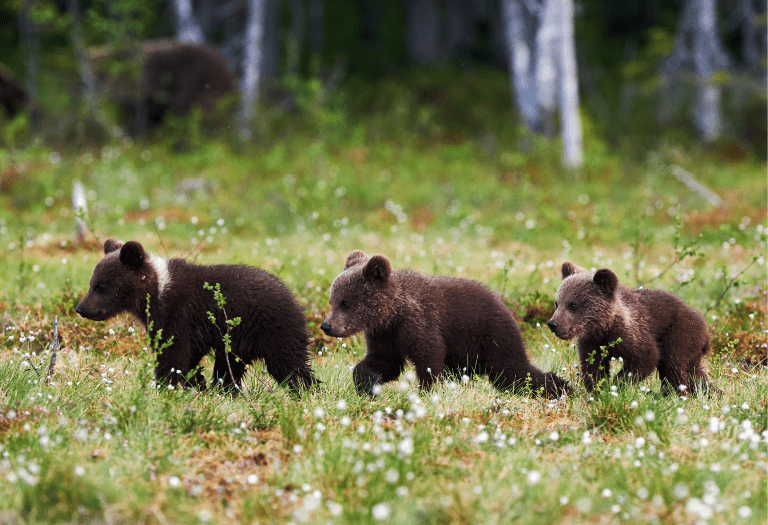 In this technique, three characters experience the same situation in different ways, which emphasizes the key take-away.

A great way to create sticky content is to use three adjectives describing one topic and then write a story (or provide details) about each adjective. You’ll end up with three well-supported key ideas describing your main topic.

Steve Jobs skillfully used this technique during the iPad 2 launch in March 2011.

The memorable take-away “faster, thinner, lighter” made headlines in newspapers, magazines and blog posts around the world.

Tricolon, hendiatris, and alliteration are all literary devices that create cadence to make your content more memorable.

Compose a group of three sentences, phrases, or words that parallel one another in structure.

Use three words to express a single idea.

While this device works well in storytelling (using 3 adjectives is often stronger than just one), hendiatris is especially effective for advertising slogans, taglines, and speeches.

Construct a series of two or more words that begin with the same consonant sound.

Often used as tongue-twisters, alliteration is a terrific technique to emphasize important ideas (and super-savvy to use in subheads).

For more on alliteration, check out 66+ Alliteration Examples to Make Your Message More Memorable.

Jazz Up Your Headlines: Three by Three!

And let’s not forget your headlines.

These Rule of Three techniques can turbo-charge ’em:

Triple Your Power with Three Nouns, Verbs or Adjectives.

Entice with Intrigue By Mirroring a “3-Act Story” in Your Headline.

See One, Do One, Teach One: Unleashing Your Rule of Three

So there you have it.

The not-so-mysterious Rule of Three: a simple (but powerful) strategy to make your writing more effective, engaging, and memorable.

Now it’s time for you to pick 1, 2, or maybe even 3 of the above techniques to jazz up your own writing.

Divide your ideas, throw in a tricolon, add alliteration.

As a freelance writer and a health coach, Dawn Bauman, FNP is committed to helping Type 2 diabetics reverse their disease through whole-food plant-based eating. When not stringing words together or concocting super salads, you’ll find her intent on her mission, one plant-powered eating tip at a time.

As a freelance writer and a health coach, Dawn Bauman, FNP is committed to helping Type 2 diabetics reverse their disease through whole-food plant-based eating. When not stringing words together or concocting super salads, you’ll find her intent on her mission, one plant-powered eating tip at a time.